Mother arrested for allegedly helping her son beat up another child 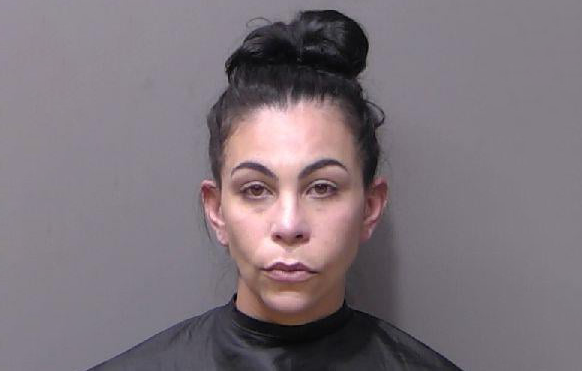 “I doubt she will receive a mother of the year award,” claimed a police officer after a woman was arrested for allegedly being involved in a fight between her son and another schoolboy. The 30-year-old mother is currently accused of having helped her son as well as his friend in beating up the child.

This unfortunate incident occurred on Wednesday. Police say the victim was reportedly sitting with his friends outside the sports complex. At some point, her son and another friend approached them and allegedly began attacking the boy, after which his friends ran over to break up the fight.

During the altercation, it is also alleged that the 30-year-old mother, Ashley Ruffin, restrained the boy and allowed her son to beat him up. She allegedly exited her vehicle and grabbed the boy by the hair and arm while the two juveniles continued to beat him,” said a statement released by the Sheriff’s Office on Facebook.

The police department revealed that it was the parent of the boy, allegedly beaten up, who went to the police and reported the incident.

Other juvenile witnesses confirmed the victim was jumped by the suspected juveniles, the statement added. “All the witnesses also stated that an adult female grabbed the victim and allowed the other boys to continue to hit him. She also displayed a Taser during the altercation. The mother was arrested and charged with Battery and Child Abuse.

After the incident came to light, Ashley defended herself in a Facebook Live video and claimed that she did nothing wrong and would never harm a child.

According to her version of the story, her son was the one being bullied in school and was beaten up by the other boy on a previous occasion. Her husband posted a video on social media that showed the other boy punching their son while he was on the ground. The police department only found out about this video after he posted it online.

When the next scuffle between the boys took place at the sports complex at Indian Trails Middle School in Florida, Ashley claimed that she only did what she could to break up the fight and take her son home.

“I’m in so much pain because I would never hurt a child and I had to spend a night in jail undeservedly…” she was quoted saying. “…I grabbed him by his backpack to pull him off and everybody just thinks that I’m some superwoman, like, these kids are big, the kid’s taller than me, I’m only 5’3”, and I’m pulling him off.” At the moment, Ashley faces battery and child abuse charges.