Mother was “hearing voices telling her to kill her kids,” then woke up to find them lying dead and bloody 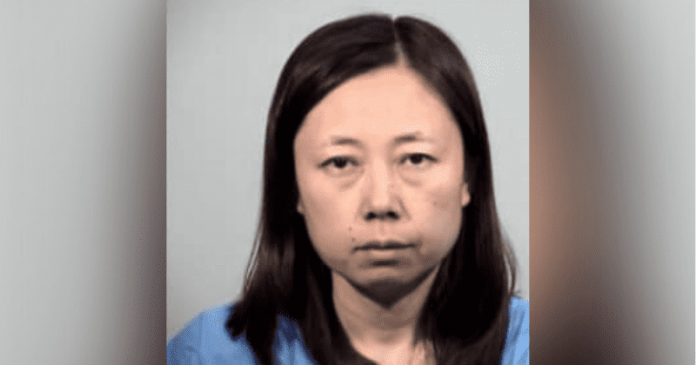 Two young children were found dead after their own mother drove to the police station, flagged down a cop, and told him she heard voices that prompted her to end her children’s lives. The 40-year-old mother from Arizona went to the police station and told the officer she was hearing voices telling her to kill her kids.

“There was an officer that was heading out of the station just to take care of his normal patrol duties for the day and she seemed pretty frantic and flagged him down,” the officer went on to say.

Immediately acting upon the woman’s statements, officers went to the woman’s apartment and found the bodies of the woman’s children. Her 9-year-old daughter and 7-year-old son were found lifeless with “obvious signs of trauma” on their bodies.

“It’s just so unfortunate that a 9- and 7-year-old that rely on their parents, especially their mother, to really care after them could have been involved in something this tragic,” Carbajal added.

Hours before officers arrived to find the children dead in the apartment, the police had gone to the apartment to respond to a “domestic dispute” around 12:30 am on Saturday. Inoue was reportedly in a fight then with her husband over money, and she threatened to stab him as well.

Within hours of responding to the domestic dispute call, officers found the young children dead in a “tragic” setting. “What they must have gone through prior to that or during that is something we can’t even quantify,” Carbajal said.

The children’s bodies were found under a blanket and boxes.

“There were significant injuries to their bodies including numerous lacerations, incised wounds, and some amputations, consistent with a violent attack and defensive wounds,” Carbajal revealed.

Inoue told the police she woke up at 4:30 am to find her hands covered in blood while the bodies of her children were lying near the bedroom doorway. When officers searched Inoue’s car, they found bloodstains as well as a bag that contained a meat cleaver with a 6-inch blade.

“There were several pieces of information/evidence that led detectives to believe that the cleaver was the weapon used during this incident,” Carbajal added while giving the statement.

The father, who spent the night sleeping in his car in a parking lot, “broke down” when he finally found out what happened.

Inoue is currently facing charges of first-degree murder in connection with her children’s deaths.