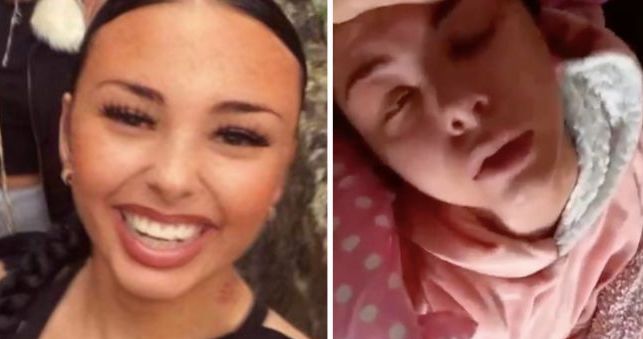 Caught in a completely unprovoked attack, a young woman was assaulted by a group of four to six women who stole her money and her phone. But the most precious thing that was taken away from her that night was her unborn baby. On July 11, she was watching the Euros final at a pub with her aunt and a friend. At around 11 p.m., they began leaving the pub, and that’s when a fight broke out with the other girls.

“I don’t remember that whole night. I just remember next day being in hospital and being in so much pain,” Beth said. “I couldn’t move my neck, couldn’t walk properly. I was covered in bruises from head to toe – everywhere. It was pretty awful.” As she recalled the brief encounter that took place before the attack, Beth said, “I walked round past the first girl and was walking back towards the pub walking back to grab my friends, and she just looked me up and down. I looked at her back, and she was like ‘what the **** are you looking at?’ I just calmly said ‘what’s your problem?'”

Beth began to walk away, but “she came up behind me and grabbed my plait, and punched me round the side of my head.”

“I tried to defend myself, but before I knew there were just loads of them all on top of me,” said the young woman, who was in the early stages of her pregnancy. “They kicked me in the head and stamped on my head, and kicked me in the stomach, which later caused a miscarriage.” Right at the scene, Beth began suffering a seizure. The sight of her convulsing was what her mother stumbled upon when she arrived at the spot near the Quart In A Pint pub in Margate, Kent.

“It felt like it took hours to get there and when I walked round the corner to see her convulsing really badly, it was such a huge shock,” said her mother, Kat Hazelton. “Such a traumatising thing to happen to her and to witness. I’ve never been so scared.” Beth had to spend four days in the QEQM hospital and was treated for a head injury before being allowed to go home. Two days after she was discharged, the young woman found herself bleeding and realized she lost her baby because of the heinous attack.

What pains her is the thought of not knowing who her attackers are and has no idea why they put her through such an ordeal. “I’m scared to leave the house,” she said. “I don’t want something else [like the assault] to happen, and I don’t want to be alone because I might have a fit.” A JustGiving page was set up to raise funds for Beth, who is still recovering and waiting to find out the reason behind her ongoing seizures.

“No one deserves to ever be put through or be made to feel like this regardless of any situation,” said the fundraising page, urging people to help with donations because Beth “deserves to have that beautiful smile back on her face.”