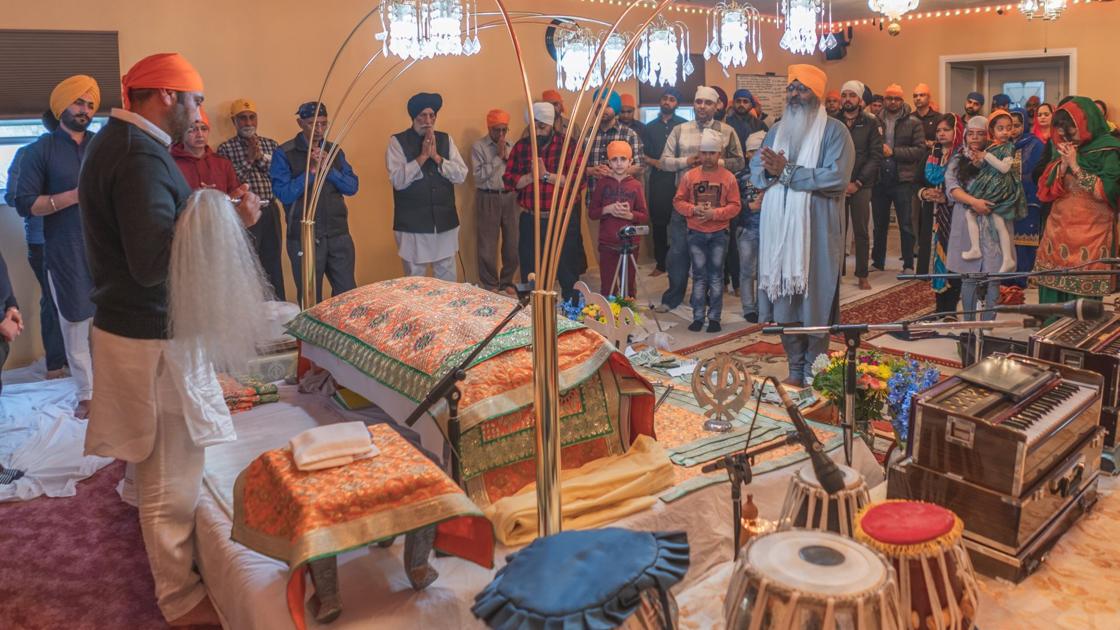 That is the description that Jasdeep and Anju Chana use when they describe the Sikh religion and culture.

The Chanas are part of a small but growing group of Sikh families that have immigrated to the Quad-City region.

Jasdeep, 33, Jas to his friends, and Anju, 36, immigrated to the United States four years ago from their native Toronto, Canada. Anju moved here to practice internal medicine with Community Health Care in Davenport. Jasdeep is a materials engineer by training but is working on his real estate license and is a professional photographer, life coach and motivational speaker.

“It’s a growing community,” Jasdeep Chana said. “There are about 50 families on the Iowa side and 75-100 families in the Illinois Quad-Cities.

Anju said the majority of the families in the area have been here for a couple of decades.

In Sikhism, Jasdeep explains that, “the biggest difference is we are responsible for our parents, so the tendency to grow up and walk away from our parents isn’t there.

“In order to provide for our family, we know we have to be educated, and our finances are set straight so we have the ability to support our parents down the road,” he said.

Servitude is huge in Sikhism, he added.

“You will never see a Sikh beggar anywhere, either here or in India because our mindset and what our religion teaches us is servitude,” Jasdeep said. “You can always have an earning by serving so you should never be asking others. There’s always going to be somebody who’s worse off than you.

Anju explains that Sikhism is about taking one’s eyes off of oneself and paying attention to one’s family, community.

“So that’s how you fit community and family, and how it relates back to the religion,” Anju said. “The community is also family.”

Sitting in the Sikh Temple in Davenport, the Chanas talked about their upbringing as Sikhs.

“We realize that our teachings and our values are not going to come outside this environment,” Jasdeep said. “So it’s our parents, our moms and dads sat us down and taught us our prayers. It was coming to this environment and having them say, ‘sing the hymns with the singers, and you’re not getting up from here, you’re not going to go outside and play you’re going to sit here with the congregation and listen.’

“That taught us the discipline of sitting, and not sitting and twiddling our thumbs and being on an iPad and doing all that stuff,” Jasdeep said. “This environment is highly necessary for people to maintain their values otherwise you go out there and you’re going to always want to do what others are doing and this just doesn’t hold value.”

Anju said that, “We hear it from our parents all the time; ‘Say your prayers, don’t be lazy.’”

Anju said that the people who come to the United States come for one reason: Opportunity.

“It’s the opportunity to have what you can’t have back home,” she said. “In India and these third-world countries there’s corruption, socialism, capitalism, and caste systems that will not allow you to be affiliated with other castes.”

People will do honest jobs that pay well, even if it’s not what they are choosing as a career at that point in time, she said. “Just driving trucks, it’s six figures right off the bat,” she said. “They can then afford a house and put the kids through school. They’ll continue driving the truck to support their family and then they may take the money they save and start a business. It depends on their mindset. To save money to own a business they drive a truck.”

Many Sikhs own some sort of business or have an extremely high education, Jasdeep said. Many are doctors and engineers. Most of the students coming to the United States are seeking master and doctoral degrees.

However, he added, “It was a lot busier in India.” The population of India is 1.3 billion. “Here it’s a lot more relaxed,” Singh said.

Another thing is the cleanliness, and the fact that laws and regulations exist here and are enforced, he added. “There’s a sense of safety here,” Singh said. “I feel safe here.”

Anju said that when she and Jasdeep visited Punjab a few years ago, they found out what organized chaos is. “You see the congestion everywhere,” she said. “There are people everywhere. You can’t walk down the street without bumping into someone’s shoulder.”

All of the world, Sikhs can go to their Temples and everything will be the same, the same food, same language, same prayers, same songs.