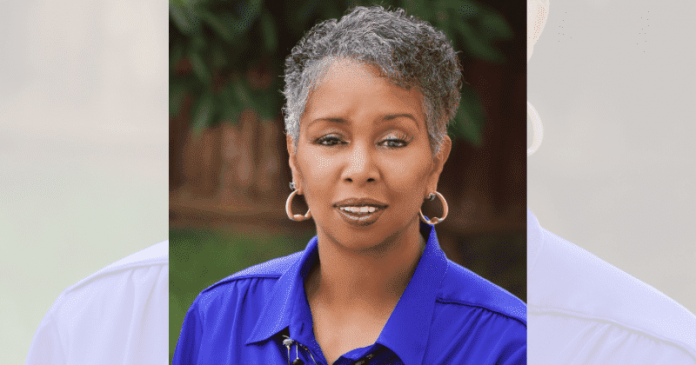 The 67-year-old woman was on a Zoom call with her co-workers. But the mother-of-two was unable to complete her meeting as she was brutally murdered by one of her sons. The son also murdered his 69-year-old uncle. The attack took place Los Angeles. Officials say that they were also unaware of the motive behind the stabbing.

Police responded to a 911 call at about 2:45 p.m. regarding a possible kidnapping in progress, according to an official statement.

District Attorney George Gascón said, “This is a horrific case in which the mother’s work colleagues witnessed part of the attack while on a Zoom call and called the authorities.”

Police believe that Cotton first stabbed his uncle while his mother was on the call and then killed her, because when they turned up at the house—100 block of N. Marengo Avenue in Alta Dena— they “found a deceased male Black adult in the driveway of the location, who had been stabbed several times. They checked the inside of the location and found a deceased female Black adult inside the residence.”

“Dr. Brown was still talking on the Zoom when the male was dragged out of the house,” LASD Lt. Barry Hall said. “That alerted her and then the suspect went inside and attacked her.”

A knife was found at the crime scene. During the investigation, officials learned that a vehicle, an SUV, was missing from the house. An hour after deputies were called to the house, Cotton returned to the house in a Lexus SUV that belonged to one of the victims. Cotton, who identified himself as a resident of the home, was charged with two counts of murder and ordered held in the county jail on $2million bail. He was scheduled to be arraigned in Pasadena Superior Court on Thursday.

Dr. Carol Brown was a faculty member at Pasadena City College (PCC) for over 14 years, according to her social media. She was also a co-coordinator of its Black STEM Program initiative. Erika Endrijonas, the president of Pasadena City College said in a statement that “our P.C.C. family suffered a terrible loss,” noting that counseling services were being made available “to members of our community who were directly impacted by this tragedy.”

“We just can’t believe it,” Darlene Thomas, a neighbor, said of the horrific crime. “We cannot believe it. We are in total shock.”

Former student and current employee at PCC, Dionne Shelter, said that Brown also welcomed them and made them feel at home while they were studying. She said, “I honestly feel so heartbroken, I feel so sad. When you don’t care where someone comes from, what they look like, what they might smell like or whatever, and you still treat them like they are the same as you, a doctor with a PhD or whatever, it’s amazing.”