“The boy had ingested antifreeze”, 2-year-old boy brutally beaten and starved to death by his mom’s girlfriend 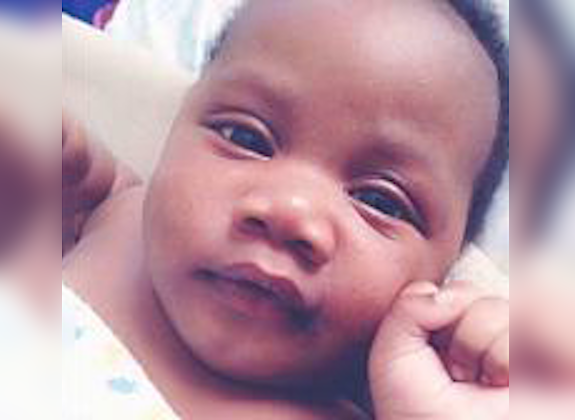 According to the court documents, the 27-year-old woman was sentenced to 47 years in prison on Monday. Prosecutors say the woman was sentenced for the murder of a 2-year-old boy who was in her care when police found the child starved and beaten in March 2017. Prosecutors say the woman pleaded guilty earlier this month to charges of third-degree murder, endangering the welfare of a child, and abuse of a corpse in connection with the death of a 2-year-old boy.

Her name is Jedayah Nesmith and she is required to serve at least half of her sentence, meaning she will serve a minimum of 23.5 years in prison. The boy’s mother was dating the defendant. In Feb. 2017, she asked if Nesmith would take custody of the 2-year-old boy, Azim Jones-Fearon, due to a change in her work schedule. The defendant agreed and Azim moved into her apartment.

Prosecutors say the child was being subjected to horrific abuse at the hands of Nesmith that eventually caused his death. The woman was brutally beating the toddler and refused to give him food or water before ‘she abandoned him inside her apartment for several weeks.’

Officers responded at her apartment on March 22, 2017, where they found the boy’s dead body, naked and emaciated on a bed. Nesmith’s ex-boyfriend made the 911 call, after she offered him $1,000 to dispose of the boy’s body.

An autopsy determined that the boy died from numerous physical injuries to the head and body, in addition to starvation and dehydration. The boy had ingested antifreeze, which was still in his system at the time of his death.