“The child was used as a punching bag”, Babysitter beat 1-year-old girl to death while high on meth and marijuana 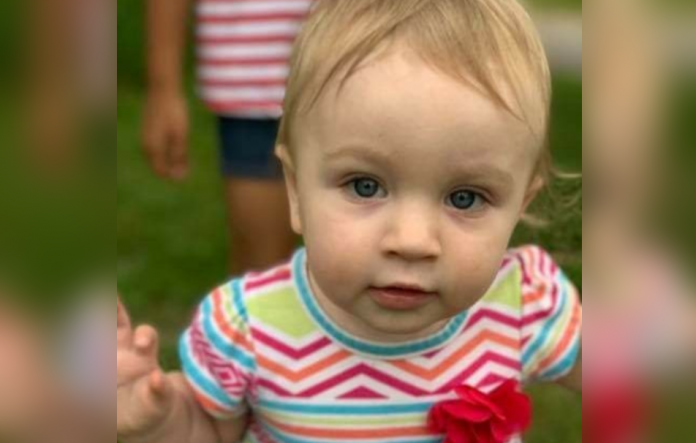 The 37-year-old babysitter accepted a plea deal on Friday. The woman was accused of binging on drugs and alcohol before beating the 1-year-old girl to death in March 2020. According to the court documents, the first-responders have reported that the babysitter had treated the 1year-old victim “like a punching bag.”

Her name is Kellie Jean Barthel and she pleaded no contest to second-degree murder in the death of toddler Vayda-Kay Vasquez, who was just weeks away from celebrating her second birthday.

You are probably wondering what the “no contest plea” means? Well, ladies and gentlemen, the defendant accepts their conviction and is effectively the same as a guilty plea for the purposes of sentencing. The only difference is that there is no formal admission of guilt.

The 37-year-old defendant from Michigan was charged with open murder, first-degree child abuse, and felony murder in April 2020. She was seen on security camera footage purchasing a bottle of Captain Morgan rum on the evening of March 1, 2020. Vasquez was sitting in the passenger seat of a vehicle and appeared to be unharmed.

The defendant’s boyfriend returned home the next morning and called 911 after he said he found the toddler unresponsive and covered in blood and bruises. Prosecutors say that the defendant and her boyfriend could be heard arguing during the call, and at one moment she got on the phone and said Vasquez was alright and just had a bloody nose. The boyfriend continued to protest and Barthel ordered him to leave her home.

The responding officer said that the defendant “threw the toddler to the floor right in front of him and told him to do something.” He said the toddler was “covered from head to toe in bruises” and cold to the touch.

The first responders said that “it appeared to them that the child was used as a punching bag and it was very apparent that the child had been deceased for quite some time.”

The officers found garbage cans full of bloody paper towels. A trail of blood led to a bathroom where a blood-soaked towel was hanging on the door. The girl suffered multiple skull fractures and determined that the cause of death was cranial cerebral trauma.

According to the court documents, the toxicology tests showed that the defendant had methamphetamine, THC, and alcohol in her system at the time of the child’s death. The defendant faces a maximum sentence of life in prison. This story will be updated as new information become available.