This mother fakes cancer, scamming hundreds of people into donating $70K, spends it all on gambling and vacations 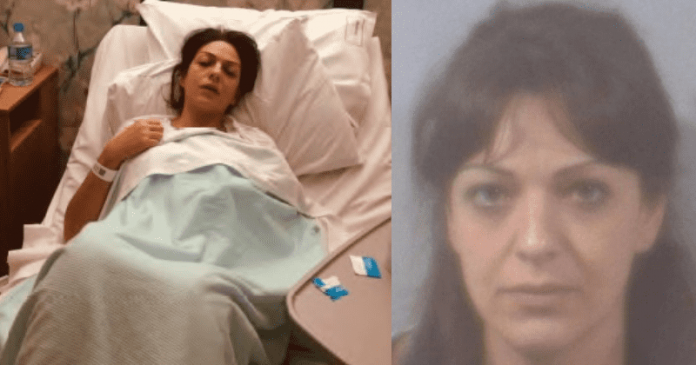 When kind well-wishers donated money to Nicole Elkabbas, 42, they thought they were helping a dying mother get herself the cancer treatment she needed to stay alive. It was only much later that they discovered all their money had been used by the cunning woman to enjoy expensive shopping sprees and luxury trips abroad.

In 2017, Nicole from Broadstairs, Kent faked her cancer diagnosis and raised thousands of dollars through donations after creating a GoFundMe page. As Nicole painted a picture for those visiting the fraudulent fundraising page, she made it look like it was being written by her mother asking for funds to treat ovarian cancer.

To tug at heartstrings, a message was fabricated and posted on the fundraiser. “Our beautiful daughter Nicole and loving mother to her dear 11-year-old son, has recently been diagnosed with ovarian cancer. It has been a tough several months to say the very least and it’s all still overwhelming. I know the true fears she is facing, all the fears that come with having cancer and being a mum and trying desperately to keep things normal.”

The series of lies included the claim of Nicole having only three weeks to put the cash together for her surgery.

Eventually, nearly 700 people fell for Nicole’s story and were conned into sending around $69,200 (£50,000) to he. “At one point, she explained that she needed more money for further rounds of treatment and was exceptionally grateful to us all,” said Katie Taylor, who also became a victim of the hoax.

Another donor, Michelle Booker, who was duped into donating around $8,300 said, “I contacted Nicole and got taken for the ride of my life. I try not to think of that time, when I do I feel sick to the stomach. I am angry at myself for being so naive – when I stop feeling angry I feel sad this has changed me.”

After allegations of Nicole misusing the donations were raised, investigators found that she had been using the money to gamble and splurging on holidays to Spain and Italy.

Nicole claimed that the trips to Spain were not “tourist trips” and that she went to Spain to receive special cancer treatment. However, “there was no paperwork for procedures in Spain or medical records to prove this,” said Judge Mark Weekes who described her scam as “cunning and manipulative.”

It was also discovered that doctor Filipe Suarez, who Nicole claimed was in charge of her treatment, did not even exist. Additionally, the photo of her looking frail in a hospital bed that she uploaded on her fundraising page was from a gall bladder surgery she had months before she began conning people; it had nothing to do with cancer.

After Nicole was convicted for pocketing thousands from unsuspecting donors, she was sentenced to two years and nine months in prison for false representation and possessing criminal property.