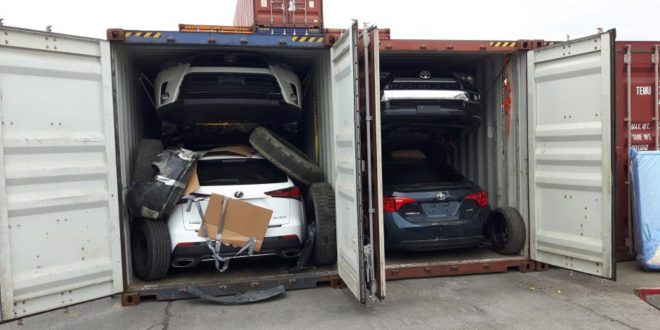 DAVENPORT, IOWA – After a vehicle was stolen from a Davenport repair shop, a 28-year-old Davenport woman was in custody Wednesday.

On April 13, the arrest affidavit says, Cahill stole a vehicle parked at Dale’s Service Center, 3830 W. Locust St. The owner had dropped off the vehicle for service and the keys were inside.

Cahill, who was identified through surveillance video, later sold the vehicle to someone else for $150. Her signature was on the title as the buyer of the vehicle.

Additionally, police say she is a suspect in connection with another stolen vehicle.

On Jan. 26, Davenport police responded to the 200 block of West 49th Street to a report of a recovered stolen vehicle. Police say Cahill had a stolen 2012 Chrysler Town and Country, reported stolen out of Moline. It had stolen plates on it.

Bettendorf police obtained video of Cahill in possession of, and driving, the van. She was identified in surveillance video.

Her arraignment is set for 11 a.m. Jan. 7 in Scott County Court.