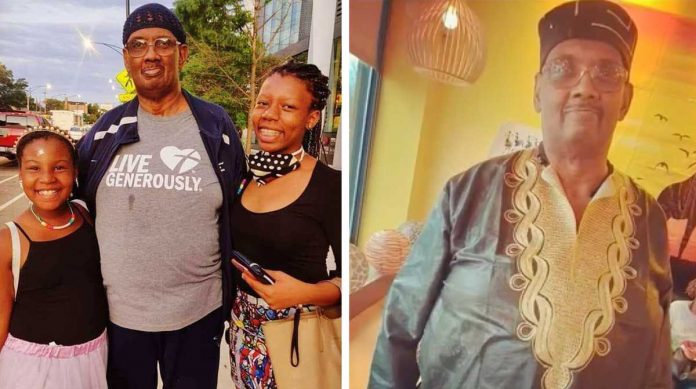 A 73-year-old Vietnam veteran is dead, and two people are in police custody after an attempted carjacking. The incident occurred Wednesday afternoon.

“I was expecting to see him today,” his daughter said. “This isn’t worth it. Someone loves this person, someone needs this person in their life.”

His name is Keith Cooper, a Marine veteran who served two tours in Vietname, and he was at a shopping plaza around 12:30 p.m. Wednesday when two people approached him and demanded he hand over his Hyundai SUV.

The suspects punched Cooper in the head. According to officials, Cooper suffered cardiac arrest after the attack and later died at the hospital.

“I just don’t understand it,” Curtis Carlton, Cooper’s son-in-law said. “Broad daylight, he comes here all the time. We all shop here. They tried to steal his car- They didn’t even get his car and they took his life.”

Witnesses helped fight off the attackers, an adult and a juvenile, and also helped police locate them after the assault.

No charges have been filed.

“I know you’re going to eventually lose a parent. I would rather him went in his sleep, or something like that, but not like this. This was selfish. This is painful,” his daughter said.