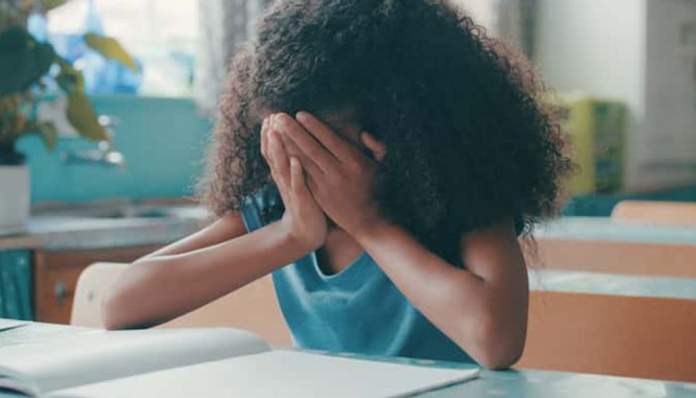 The 10-year-old girl may see her name be expunged from police records, but the memory of being arrested in front of her classmates and teachers may never be erased from her mind. The 10-year-old girl, identified as N.B., was arrested from her elementary school over a drawing she made. According to the American Civil Liberties Union, she allegedly participated in drawing an offensive sketch of a student in response to that student bullying her.

“The next day, a parent of one of the kids who received this drawing, was very upset and essentially demanded that they call the police,” Mateo Caballero, the attorney representing the child from Hawaii.

After the parent complained about the offensive sketch, the school called the police and had the child arrested. She was handcuffed with excessive force and taken to the police station, ACLU said.

Eventually, the school got in touch with the child’s mother and asked her to come to the school. However, the mother was not allowed to see her daughter and was not even told about her little girl being arrested in front of everyone.

She was “handcuffed in front of staff and her peers, placed into a squad car and taken away,” said the mother, Tamara Taylor, as she spoke about the incident which took place in January 2020.

In response to the incident, the ACLU sent a letter Monday to the Police Department, the state Department of Education and the state attorney general’s office asking them to adopt policy changes, expunge all records of the arrest, and to pay $500,000 in damages for harm and suffering caused by their agencies.

“I was stripped of my rights as a parent and my daughter was stripped of her right to protection and representation as a minor,” Tamara said about the distressing incident. “There was no understanding of diversity, African-American culture and the history of police involvement with African-American youth. My daughter and I are traumatized from these events and I’m disheartened to know that this day will live with my daughter forever.”

The attorney said the child’s rights were violated, and she was questioned without the presence of her mother at th scene.  “We don’t want it to be about the drawing,” the attorney added. “This is about a 10-year-old Black girl who was arrested and there was no reason to believe that she was violent. She didn’t bring any weapons to school, she didn’t make any explicit threats to anyone.”

American Civil Liberties Union of Hawaii Legal Director, Wookie Kim, also reflected on the child’s arrest and said, “That’s just straight up wrong. And there’s nothing that condones or justifies that.”

After the incident came to light, the ACLU has been demanding changes in response to the way the police and the school handled the situation. One of their demands, among others, is having school staff being banned from calling the police unless the student presents an imminent threat of significant harm to someone.

A 10-year-old Black girl who was arrested at a school in Hawaii over a drawing was the only Black student involved in the incident and the only one disciplined, the girl’s family and their attorney said. https://t.co/LEoe9ut1Q4