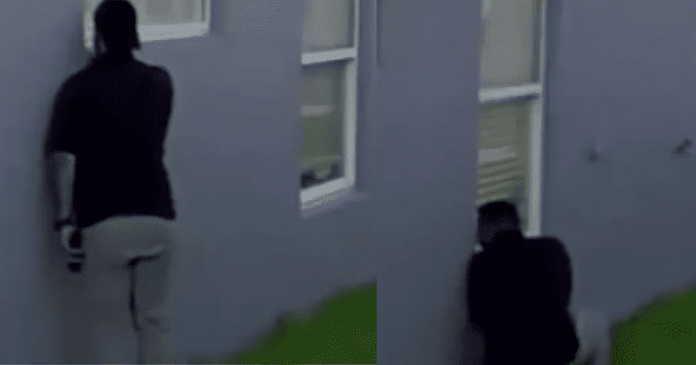 A surveillance video captured the disturbing moment when a man entered a Florida family’s yard and peeped into the window of their teenage daughter. She was the one who first noticed the man while she was in the bathroom, getting ready for work4.

“Through the reflection of my mirror, I saw a man’s face looking into my bathroom window,” she recalled. In a state of panic, the woman ran outside to investigate the matter and saw a truck leaving her yard. Thus, she immediately told her neighbors, who then bought a security camera.

Shockingly, the man arrived at the house four days later and began lurking around the window of Martinez’s 17-year-old daughter. After seeing the footage, the woman identified him as the same one she had seen a week earlier in her bathroom mirror. This “peeping Tom” incident has now left the girl’s mother so terrified that she is unable to relax in her own bathroom. “It frightens me. I don’t know what he was after. I don’t know what his intentions were,” expressed Sarah Martinez, who is worried every time her daughter goes to sleep.

Even her young daughter is afraid to come home from school alone following the troubling occurrence. “Being able to see those videos is chilling. She’s scared. She’s afraid of coming home from school by herself,” shared Martinez. “You can see there’s a point where he reaches up and pushes on my daughter’s window to see if it’s unlocked, I’m presuming. That is just something that I can’t stop thinking about.” Martinez revealed that nobody in her family had ever seen the trespasser or hired the company he worked for.

The sheriff’s office revealed that the man was using a truck owned by his landscaping company employer, Weber Environmental Services. Apparently, he was holding a sprinkler head while lurking around in the family’s backyard. While making inquiries, investigators learned that the company had no ongoing jobs in that neighborhood. With the help of the truck’s GPS, they were able to place the culprit in the area, revealed Polk County Sheriff, Grady Judd. “He’s got a hitch in his giddy-up to be trying to look into a child’s window before 7 o’clock in the morning,” said Sheriff Judd.

“He told a neighbor he was looking for his missing 23-year-old daughter. At 7 o’clock in the morning, holding a piece of sprinkler in his hand? I’m suspicious,” added Sheriff Judd. Thanks to the tips from neighbors and the surveillance footage, deputies from Polk County Sheriff’s Office were able to identify the man as 39-year-old Santos Pantoja, who had served two sentences in Orange County prison for burglary and manslaughter charges.

Although Pantoja was apprehended by officers, Martinez is still unable to get over the incident. “Why? Why us? Why us? He stole my safety zone. My safe spot. Now every time I’m in the bathtub, I cannot stop looking up at that window to see if there’s somebody there,” she expressed. That being said, the mother is grateful for the support of her neighbors and the community. “Within about an hour and a half to two hours of posting the picture of the work truck on Facebook, we had his name. We had everything because of one of those crime-stopper pages on Facebook,” she noted.

Roberto Rosario, a neighbor, also vouched for the residents in the area saying, “People are very nice around the neighborhood. We try to keep watch for one another here.” However, following this incident, he cannot help but be concerned about his family’s safety. “I was scared because we’re here also and I work during the day and I have family here and I don’t want anybody peeping in my back window,” expressed Rosario. His concerns are quite genuine, especially because Pantoja has been released on bond.