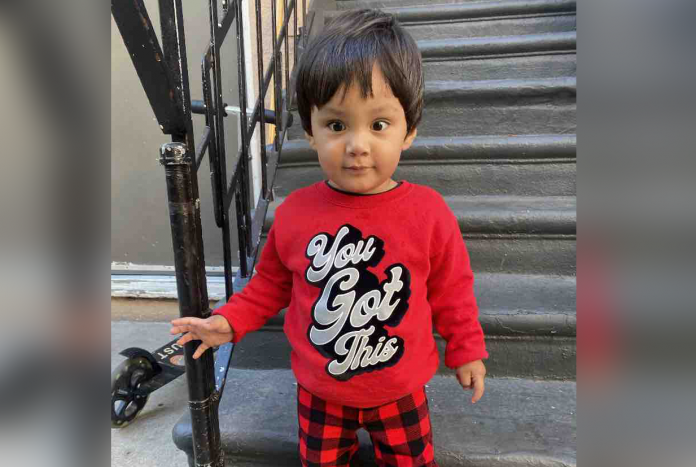 Two vehicles collided with each other on a street, But the people suffering the brunt of the tragedy is a family that has no connection to either of the cars or even to the drivers of the vehicles. On the ill-fated day of October 17, an 18-month-old boy named Sebastian was sitting in his stroller on the sidewalk at around 7:30 am. The boy was with his grandparents when the two cars collided with each other just a few feet away from them. The impact of the collision caused one of the cars to charge towards the toddler and crash into the boy’s stroller.

The two cars that collided with each other on a street in California were a silver Honda HR-V and a grey sedan, possibly a Toyota Camry. After striking the grey sedan, the Honda’s driver reportedly couldn’t get their foot off the accelerator and sent the car barrelling towards a tamale stand on the corner of the intersection. Young Sebastian, who was sitting in his stroller near the tamale stand, was then pinned between the car and a brick planter.

“I don’t know exactly what happened because I just hear the noise of the two cars crash,” said the boy’s grandfather, Alfredo Morales. “And one of them came directly to the baby.”

While the Honda driver remained at the scene, the person driving the Toyota drove on but later turned up at a police station. Another passerby, not related to the boy, was also struck by the Honda car and received medical attention at a local hospital.

Unfortunately, Sebastian did not survive the incident and has left his family with a huge loss.

“I feel like this is a nightmare that I just woke up from,” said the boy’s devastated mother, Ana Morales.

“I just lost my son over something that could have been prevented,” Ana added. “He was very loved. He was always smiling. Always dancing. He loved to dance. Anywhere he went everyone smiled at him. He was very loved by everyone.”

Still shocked over her son’s tragic death, Ana said, “I feel like this is a nightmare that I’m just trying to wake up from because I try to take a nap, I wake up. I look for him. It’s so painful.”

The family has only good things to say about young Sebastian, described as an “amazing, sweet, and caring” little boy. He “truly brightened the lives of his family and those around him everyday,” the family wrote on GoFundMe. “He was the sweetest, happiest baby who had such a bright future ahead of him. His sweet smile and character was enough to light up any room.”