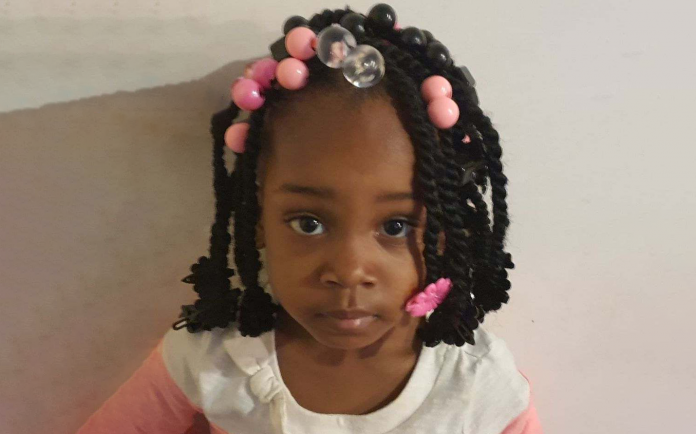 According to the police officials, the 5-year-old girl was shot and killed by her 3-year-old cousin on Thursday. Authorities said the 3-year-old reportedly found a loaded gun that had been left sitting on a chair in the family’s apartment . The 3-year-old boy shot the victim in the chest, police said. The gun belonged to the 3-year-old’s father. Investigators continue to investigate the shooting. It was unclear if charges were pending.

The 5-year-old girl from Georgia, Khalis Eberhart, was shot around 7:15 p.m. Thursday. She was taken to a hospital where she later died. The gun belonged to the three-year-old’s father, according to reports.

The child’s grandmother, Tracy Towns, said that Khalis was a very smart girl who was very outgoing and kept a smile on her face.

Police Chief Meadows said: “Right now we’re in the holiday season, and our children are home from school. We understand everybody’s right to bear arms, but we would implore parents to be particularly aware of gun safety.

The victim’s family set up a GoFundMe Page to pay for expenses.

Investigators continue to investigate the shooting. It was unclear if charges were pending. This incident remains under investigation. This is a developing story and it will be updated as new information become available.