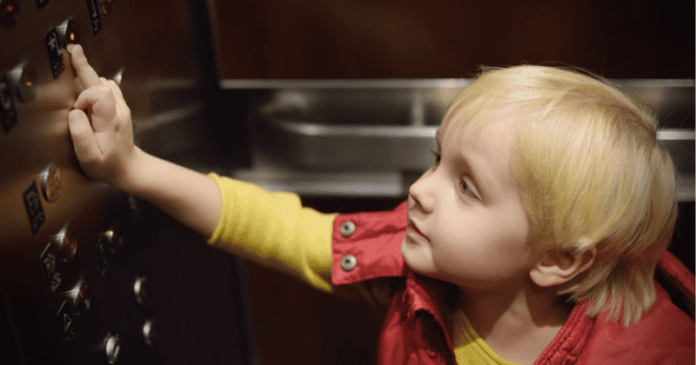 What was supposed to be a fun family vacation turned into a tragedy for a family from Ohio. The family had traveled to North Carolina for the weekend and were staying at a beach rental home. Sadly, on the very first day of their vacation, the family had to call 911 to rescue a 7-year-old boy who got caught between two doors of a home elevator. Unfortunately, by the time the rescue crew got the boy out, it was too late to save him. He was pronounced dead at the scene on Sunday evening.

The concerned elevator at the beach rental home was designed in such a way that it was two doors, separated only by a few inches. Before the elevator moves, both the doors will close and get locked, but only one door will move while the other remains on the floor landing.

During the accident, the 7-year-old boy reportedly got trapped between the inner and outer doors, and his neck was crushed in the terrible incident. “We are not sure exactly how it happened,” said Fire-EMS Chief Ralph Melton. “The child was entrapped in the doors. We were able to free him, but his head and neck were crushed by the elevator and he died as a result of traumatic injuries sustained in the elevator mishap Sunday night.”

Rich Shortway, a fire chief in N.C., said about the boy’s death, “It’s just such a terrible tragedy.”

The incident was deemed as an accident but is certainly not the first of its kind. The 7-year-old boy’s death is an addition to several incidents where children have been crushed by residential elevators after getting stuck in the space between the two elevator doors. Because there is a gap of only a few inches, a child getting trapped there can be fatal or can suffer life-changing injuries.

Between the years 1981 to 2019, CPSC (Consumer Product Safety Commission) records show that at least eight children were killed while another two were injured after being trapped in elevators. The CPSC had also issued a safety alert about “a deadly gap between doors of home elevators” in 2019.

“CPSC is aware of several tragic incidents in which children became entrapped between the doors leading to death, serious fractures, traumatic asphyxia, and lifelong injuries,” they said at the time. An Atlanta attorney named Dave Krugler, who has represented families in such cases, said that this problem will continue unless it is immediately addressed.

“I really do think this is going to keep happening unless something is done,” said Krugler. “It’s an industry-wide problem.”