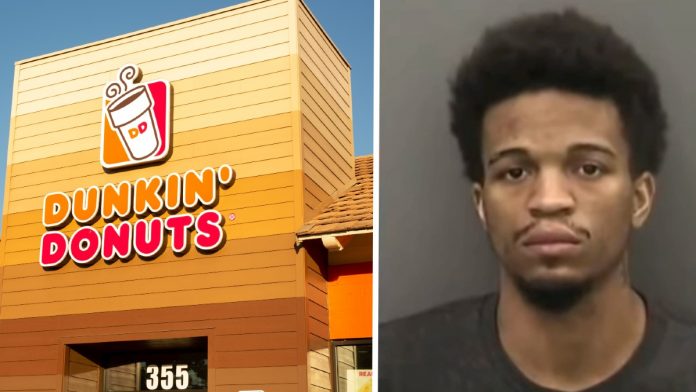 A 77-year-old man is dead after a Dunkin’ employee in Florida punched him in the face for using a racial slur. Police say the customer, who has yet to be identified, used the drive-thru at the Dunkin’ and he became upset with the service. The Dunkin’ employees reportedly asked him to leave, and instead of leaving the customer parked his car and went inside where he got into an argument with the 27-year-old employee.

During the argument, the 77-year-old called Pujols a racial slur. Pujols “challenged” the man to repeat what he said, and the customer repeated his words.

At that point, Pujols reacted by punching the man in the jaw. The customer was knocked out. He fell to the floor and hit his head.

The man was transported to the hospital where he died two days later.

Pujols has since been charged with aggravated manslaughter of an elderly person.

WFLA spoke to someone who lived in the area and was familiar with both men involved in the incident. They were surprised to learn about each man’s actions.

“[Corey] was a good guy, he used to open Dunkin’ every morning. He’d offer us free coffee, we’d help with the trash. It’s just surprising he would be the one to do something like this,” Junior Chapple said.

He also commented that the 77-year-old was a veteran who “was getting up there in age” and “having issues.”

An investigation is ongoing.