After they told her they were being trafficked and homeless, mother offered two girls a place to stay, but they took off with her baby in the middle of the night 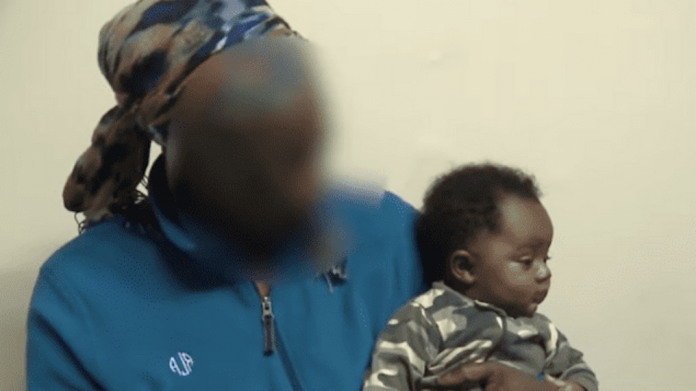 The unfortunate mother offered the two girls a place to stay when they asked for help. Both teenagers, 14-year-old and 16-year-old, claimed they were being trafficked and that they were homeless. The mom never would’ve guessed that they would take off with her child in the middle of the night. When the mother woke up the following morning, she was shocked as her infant son was nowhere to be found and neither were the two young girls.

Per reports, two teens in Wisconsin have been arrested for kidnapping a 3-month-old boy from his home while his unsuspecting mother was asleep. Police received a call about the abduction of Anthony Crudup Jr. from the 4300 block of West Marion Street at around 2:17 a.m. on Wednesday, March 23.

By 7:15 a.m. an Amber Alert was issued, the baby’s mother, Schatina Cureton, said. The mother told investigators that she believed two 14- and 16-year-old girls whom she had allowed to stay at her place had kidnapped her baby.

Initially, the mother offered to pay for a Lyft or Uber but the teens ended up returning home with Cureton. But when she woke up the following morning Cureton was shocked as her infant son was nowhere to be found and neither were the two young girls.

“It got a little late, I end up dozing off, and when I dozed off my baby was gone, they was gone and my door was unlocked,” she shared according to reports.

Cureton told Fox News that the girls she tried to help “basically lied” and now believes that they never had any “intention” of staying at her place for the night. “It was just crazy. Why would you take my baby while I was sleeping? They could’ve took my cellphone. They could’ve took the games, the computer tablets, anything — but y’all took my baby, like why?”

Thankfully, the baby was found around 1 p.m. that day and the two girls along with a 19-year-old, a 33-year-old, and a 56-year-old man were arrested.

While questioning, one of the girls told police a similar story about being $exually abused, claiming that no one believed her story and thus she thought if she had a baby people would. The teen girls are currently in juvenile detention and will be tried in juvenile court.

“I feel they should be prosecuted to the max because they didn’t have no business taking my baby. I mean stuff like this only happens on Lifetime movies,” the furious mother told WISN.

“I am so tired. I was just going crazy wondering I was just so worried about my baby. I didn’t know what happened to him and what they did with him.” Cureton later told Fox News,

“Only thing I can do right now is thank God that they found my baby. I really thank the community, because I see there was a lot of people out here, the Police Department. They did a good job.”