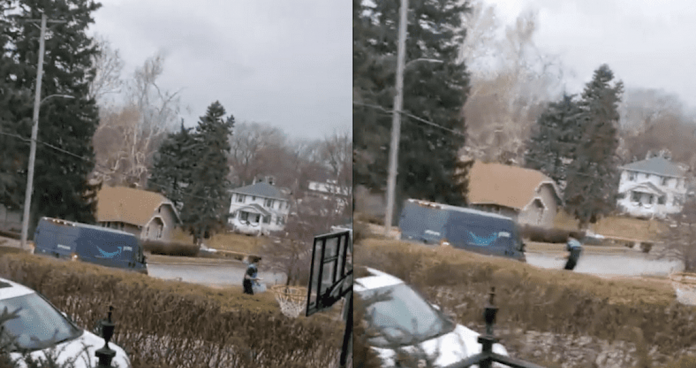 Amazon has come under fire yet again for its inadequate protocols surrounding natural calamities. This time around, people are enraged after seeing an Illinois Amazon driver delivering packaged despite the emergency sirens blaring during the deadly tornado that destroyed an Amazon warehouse and killed six workers.

According to reports, the delivery person did not risk her life to do the job because she wanted to but was reportedly instructed to ‘keep delivering or risk termination’ just before the tornado hit the area on December 10.

“Radio’s been going off,” wrote the driver in a text message, according to reports. “Keep delivering,” responded her supervisor. “We can’t just call people back for a warning unless Amazon tells us to.”

At that point, the driver suggested that she return to the base given the rough weather. Instead of being understanding of the situation, or at least humane, the supervisor warned that she could be fired if she failed to complete all her deliveries.

“Having alarms going off next to me and nothing but locked building (sic) around me isn’t sheltering in place,” wrote the driver who desperately wanted to save her job and her life. “That’s waiting to turn this van into my casket.”

The shocking messages of the driver emerged as workers questioned the e-commerce giant’s commitment to the safety of its employees. A tweet revealed that Amazon drivers in Nebraska were still delivering packages during active warnings of the tornado.

@amazon @AP Amazon drivers are still delivering packages in the middle of an active Tornado warning in #Omaha days after Amazon warehouse workers were killed in an Illinois tornado. pic.twitter.com/bmtuKdKOJT