An 81-year-old man who was forced out of his home in the forest after living in his man-made cabin off the grid for 27 years, has received a check for $180,000 to build a new home 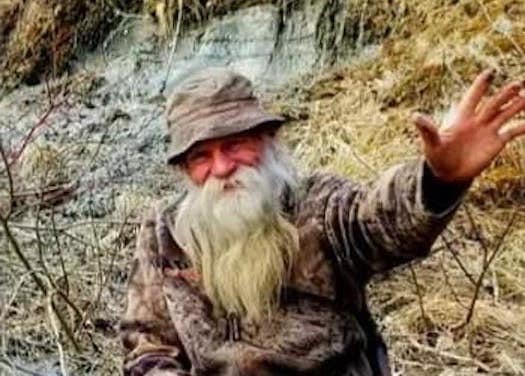 David was arrested and jailed on July 15 for refusing to leave his cabin that sits in the woods, after being accused of squatting. While in jail the cabin he built along the river burned down leaving him in an even more desperate situation.

As his story spread across the nation he received an outpouring of support and offers to help including a new area of land he could build a cabin on – a nearby property owned by the congregation of the Concord Friends Meeting.

Now David will be able to build a new home thanks to Palantir Technologies CEO and billionaire Alexander Karp, who gave him a personal check for $180,000 last week.

Jodie Gedeon, a kayaker friend of ‘River Dave’, announced the donation in a Facebook post saying: “Mr. Karp, we are thankful for you and your generosity, your mind set to address the most important challenges in business and in humanity.

David Lidstone or ‘River Dave’ has spent the last 27 years growing his own food, cutting his own firewood, and looking after his chickens and pets.

“How can I express myself and my gratitude towards something like that? I start to tear up whenever I think about it,” Lidstone said.

“For an old logger who always had to work, for anyone to give you that type of money, it’s incredibly difficult for me to get my head around.”