An Ohio mother intends to plead not guilty by reason of insanity after allegedly dragging her 6-year-old son to death behind her moving car, then dumping his body in the Ohio River 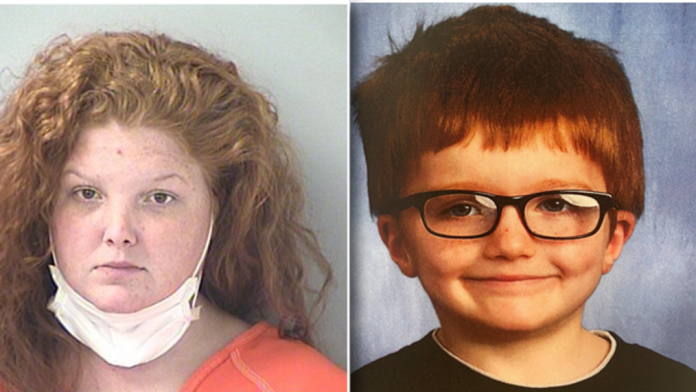 An Ohio mother files for insanity plea after dragging her 6-year-old son to death behind her moving car, then dumping his body in the Ohio River. According to the officials, the 26-year-old mother had allegedly been talking with her boyfriend about getting rid of her three children, aged 6, 7 and 9.

On Feb. 27, she drove her children to Rush Run Park in Preble County and had them get out of car – then turned the vehicle around and sped off. As she was fleeing, authorities said her 6-year-old, James Hutchinson, grabbed hold of the car handle. She allegedly dragged him until he let go, possibly running him over.

Gosney allegedly returned to the parking lot about half an hour later to find the 6-year-old dead. She allegedly loaded him and her two surviving children into the car and drove home to her boyfriend. They allegedly kept the boy’s body in their home until around 3 a.m. the following morning, at which point Gosney allegedly drove to a bridge and dumped James’ body in the Ohio River.

Gosney and Hamilton both went to police hours later to report Hutchinson missing – but they allegedly gave conflicting accounts of when they last saw him.

Within hours of contacting authorities, both Gosney and Hamilton allegedly confessed to having disposed of the 6-year-old’s body, according to the arrest report. They have since been indicted on 31 criminal charges: one count of murder, one count of manslaughter, four counts of tampering with evidence, five counts of abuse of a corpse, six counts of kidnapping, six counts of abduction, and eight counts of child endangerment.

Her attorney filed a motion to plead not guilty by reason of insanity.

Adding to the tragedy of this incident, the slain 6-year-old’s biological father, Lewis Hutchinson, said that he’d have happily taken his son into his home if Gosney had asked.

“All she had to do was give him to me. She could have dropped him off at my sister’s house,” he said.