Autistic teen kept from using the restroom, soiled her clothes and flung feces around the classroom 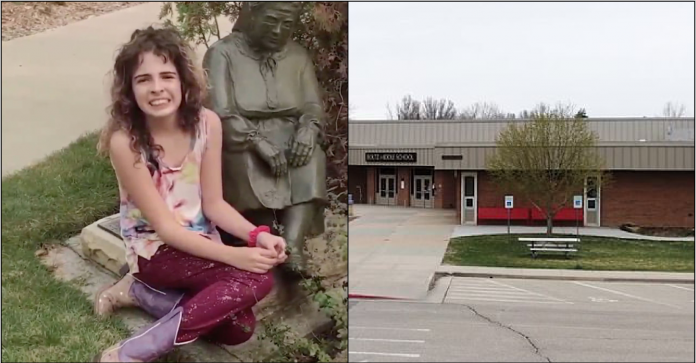 The mother is suing a school district in Colorado after the girl was refused to use the restroom by her teacher. She was physically restrained and injured when she flung around feces in the room after getting agitated because she had soiled her pants while waiting. A 14-year-old non-verbal autistic girl was not allowed to go to the restroom by her teacher, and she soiled her clothes. Subsequently, she got agitated and began to fling feces around the room.

The girl’s mother has now filed a lawsuit against the school district. Dawn is suing the School District on behalf of her daughter, Jalilah, after the district said that local police found no wrongdoing.

The incident took place last March, when Jalilah, a non-verbal autistic child, indicated to her teacher that she needed to use the restroom. The teacher refused to let her go, asking her to wait. While doing so, she unintentionally soiled her pants, which agitated her further, and she started to throw feces around the room.

“You can’t deny someone from using the bathroom. I was enraged. I was in shock. I didn’t know what to do. You’re caught in a place where you trust these people with your child and something like this happens,” Dawn said. Malvase’s lawsuit claims that when her daughter began flinging stool around, she was physically restrained by school authorities and dragged to another room, injuring her in the process, leaving a mark the size of a hockey puck.

“It clearly looked like a rug burn,” Dawn said in an interview to KDVR, adding that ‘It’s like traumatizing a 2-year-old. You can’t speak about what happened and how it affected them.” Poudre School District, however, has pointed to investigations from local authorities and said that Fort Collins Police probed the matter and found no wrongdoing on the school district’s part.

“Poudre School District takes the safety and wellbeing of all our students and staff seriously. The district does not comment on confidential student matters,” they said in a statement. “PSD determined that staff followed appropriate district policies and procedures. Generally, we can confirm that Fort Collins Police Services investigated this situation in 2020 and found no wrongdoing on behalf of the school district,” they added. However, Malvase is not happy with the decision and decided to take the matter to court along with her lawyer, Igor Raykin, who are highlighting the issue of Jalilah being restrained.

“State law says they are not allowed to restrain that child unless the child is posing a substantial risk to herself or others,” said Raykin, along with the Colorado Law Team.