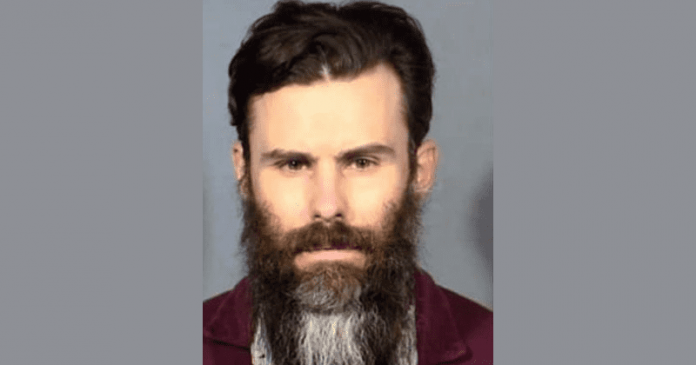 A high school teacher is accused of allowing a sexual relationship to develop between him and one of his teenage students. The Las Vegas high school biology teacher reportedly had sex with the female student, aged 16, and is accused of knocking her grade up from F to A in a quiz.

On May 12, Lawrence turned himself in but there are no details currently about how the sexual relationship first came to light.

The 37-year-old teacher has been in the profession of teaching since 2007. He worked as a biology teacher at the Las Vegas Academy of the Arts before investigations into his relationship with the teenage girl began in February of last year.

The relationship first began when they started communicating through school emails. Eventually, they shifted their conversations to the social media platform called Snapchat. When the teenage girl later spoke to the police, she revealed that Lawrence had visited her house on two different occasions. The second time he visited was when the two had sex, according to court documents.

It was also reported that there were other instances where the two of them kissed in the teacher’s car. Once the investigation began, Lawrence reportedly told the girl to block him on Snapchat. “Delete everything” was the message that the teacher gave the teenage girl at the time. It was also around this time when the girl reportedly got 4 out of 8 on a quiz in school. However, Lawrence took the liberty of changing the result and giving her a score of 8 out of 8 on the quiz.

In May this year, Lawrence handed himself over to the police and was booked at the Clark County Detention Center. He was charged with one count of a school employee engaging in sexual conduct with a pupil 16 or older and two counts of attempting to prevent a witness from testifying. The legal age of consent in Nevada is 16. However, in cases where the sexual partner is a teacher or holds a position of authority, the age of consent for a student is 18. Eventually, Lawrence was out of custody but was ordered by a judge to stay away from young people he has no relations with until further developments in the case.

“The arrest stems from an investigation that was initiated at Las Vegas Academy of the Arts in February 2020,” the police said. “Artl has been assigned to home since February 2020, per the negotiated agreement with his bargaining unit.” Clark County Deputy District Attorney, Pete Thunell, said in court: “We are looking at a very serious case. These are very serious charges.

The allegations here, as your honor can see, involve a school employee, sexual conduct. There is dissuading other students from talking about these things.” Although Lawrence was not present in court, a lawyer entered a not-guilty plea on his behalf. Lawrence is scheduled to appear in court in September this year, for a preliminary hearing.