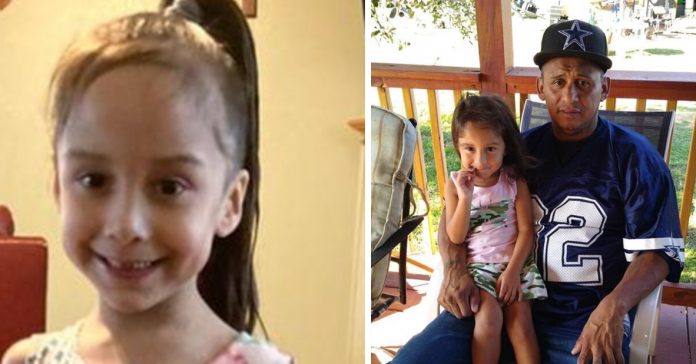 The body of a missing 5-year-old girl swept away by floodwaters in Texas, has been recovered.  According to tragic reports, the young girl has been identified by her family members as Alyssa Layman, and was said to have been pulled from one of two vehicles that were caught in a high-water crossing.

The two vehicles, carrying members of the same family, had both been driving through the crossing when they encountered problems.

The vehicles came upon a swollen creek as the families were taking children to school.

As per Bexar County’s Sheriff’s Office, in one car was an adult male and several children. The others were all able to make it out of the vehicle, but 5-year-old Alyssa could not.

She was pronounced deceased after being recovered from the car by first responders.

In the second car, meanwhile, was a 52-year-old woman and two further children. The kids managed to get out in time, but the woman also perished.

The body of the 52-year-old has not yet been removed from the vehicle as the high water means the crossing is still dangerous.

“There’s nothing more heartbreaking than to see the body of a 5-year-old pulled out of a car,” Sheriff Javier Salazar said. “She’s dressed for what I’m told is her first day of school. She’s still wearing a backpack.”