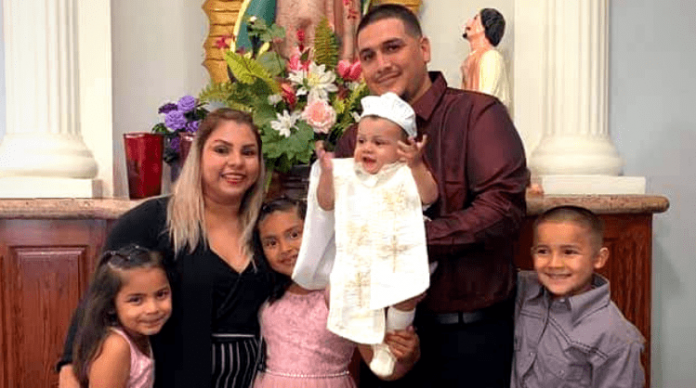 What was meant to be a memorable family vacation turned into a devastating tragedy after a couple and their 3-year-old son were found dead together in an Airbnb. The Californian couple and with their toddler son traveled to Mexico to visit family before the incident took place. It is believed that a gas leak was the reason that led to their unexpected deaths on September 25, 2021. Other relatives were also reportedly staying in the same Airbnb but were left unharmed.

“They’re still in Mexico,” Trini Jacobo said about their bodies. “They’re going to be performing an autopsy and definitely getting down to the root of what caused their deaths. So, we’re not sure about any specifics at this time.”

There is currently no information on the kind of gas that the family was exposed to; there are also no details shared about where the gas came into their room from.

The couple, Jose Nunez Jr. and Maria, along with their toddler son, Jayden, had arrived at the Airbnb in Tijuana only a couple of days before the tragic incident. The same apartment was also shared by about eight of their other family members, all of whom made it out of the Airbnb without any harm.

Jose and Maria left behind four other children, and their deaths have left their loved ones heartbroken.

They were “just a really good family,” Trini said. “Both of them are very family-oriented. Jose is probably – honestly, not just because he’s my nephew – but he’s one of the best dads I know. In love with his family. He’s always hugging them, always holding them.”

The family set up a GoFundMe page to raise money to bring Jose, Maria, and Jayden back to the US. “If there is anything left, they have 4 small children that they left behind, any remaining money would go to the children,” the fundraiser said.

Currently, the Airbnb has been deactivated, and a representative said, “This is a horrific tragedy. The thoughts of our team are with the Nunez children and the entire extended family, and we are working to support them as they grieve the losses of Jose, Maria, and Jayden. Safety is at the heart of everything we do at Airbnb, and we are conducting a comprehensive investigation into what happened.”