Cheerleading team omits teen with Down syndrome from yearbook photo, leaving her devastated 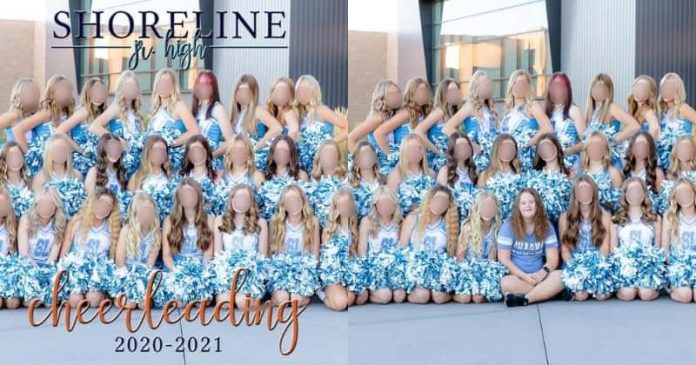 No one likes to be left out of experiences, especially when they are moments that you would cherish all your life. Unfortunately, an eighth-grader was faced with such a situation when she was shunned from being a part of her middle school’s cheerleading team’s yearbook photos. A girl from Utah says her younger sister, who has Down syndrome, arrived home feeling extremely low on the last day of school.

The middle schooler had lots of questions about why she wasn’t in pictures taken for Shoreline Junior High school’s cheerleading team. Jordyn revealed that her 14-year-old sibling was officially the team manager, however, she did learn routines, cheered alongside her teammates during every home game, and even attended parties.

Apparently, the Shoreline Junior High cheerleading team posed for two photos for the yearbook. Only one of them included Morgyn, who was seated in the middle dressed in a purple tee and her endearing grin. What left Morgyn devastated was the moment she learned that the yearbook included photos in which she wasn’t present. That version was also used in many other school and promotional materials- including the yearbook and the school’s social media accounts. 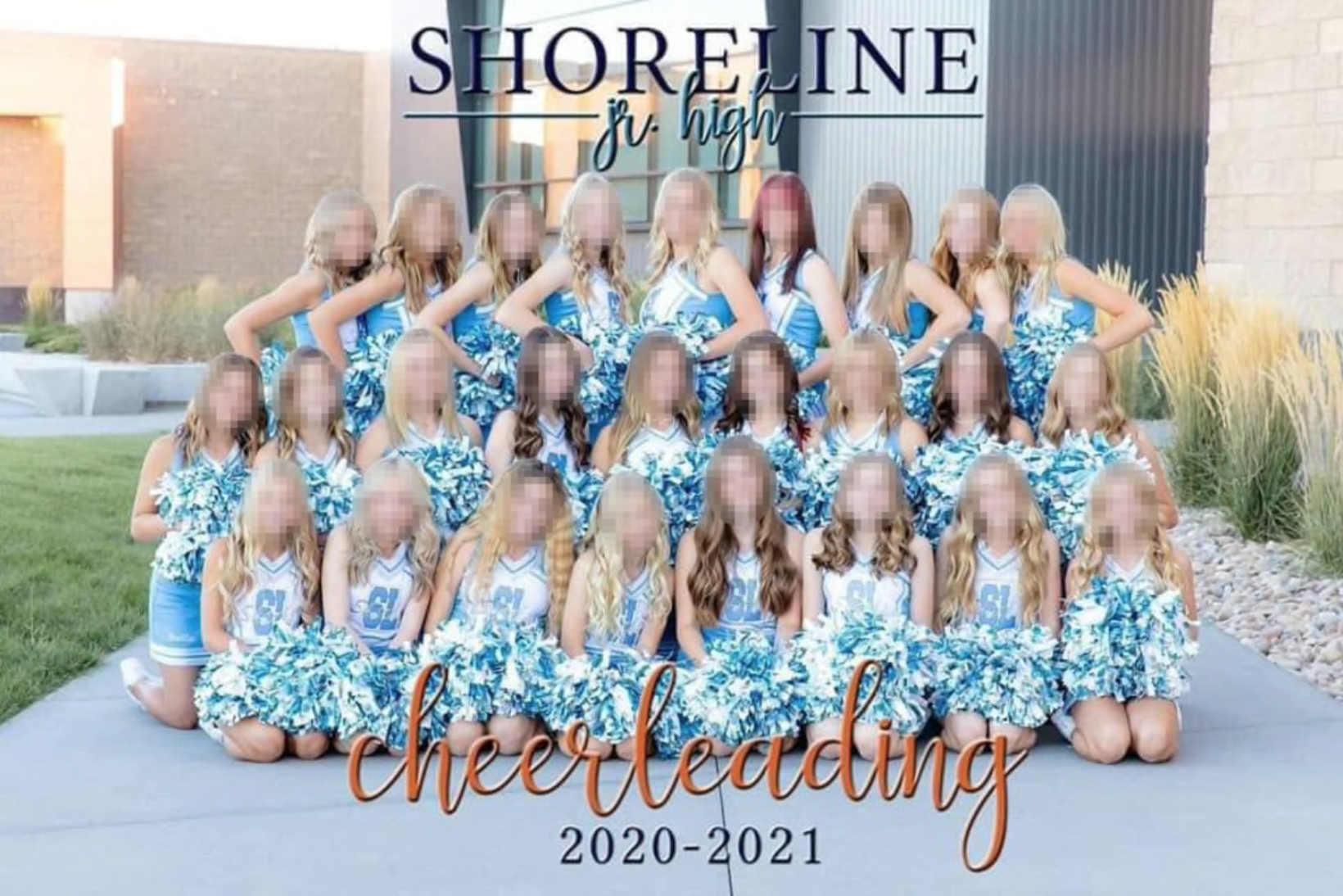 “Think back to your school days — yearbook day was so fun and exciting. Morgyn was so excited to go to school and get her yearbook,” the 25-year-old told TODAY. Sadly, her excitement quickly turned into disappointment. “Everyone knows how it feels to be excluded,” explained Jordyn. “It’s never a good feeling, so of course Morgyn was bummed.” The heartbroken older sister also took to Facebook and expressed, “I hope that no one ever has to experience the heartbreak that comes when the person they love comes home from school devastated and shows them that they’re not in the picture with their team. I hope that no one ever has to explain why people deliberately choose to be exclusive.”

It continued, “There were two photos: one with Morgyn and one without. A choice was made on which photo to submit, a choice made MULTIPLE times, and a choice that excluded Morgyn EVERY. SINGLE. TIME.” After Shoreline Junior High School was blasted for their exclusive choice, they simply claimed that the photo selection was a mistake. “We are deeply saddened by the mistake that was made,” wrote the school in a statement to TODAY. “We are continuing to look at what has occurred and why it occurred. Apologies have been made to the family and we sincerely apologize to others impacted by this error. We will continue to address it with the parents of the student. We will continue to look at our processes to ensure this does not happen again.”

As for Jordyn, she said her family does not think that the decision to leave Morgyn out had any malicious or discriminatory intentions. They also expressed their love for Morgyn’s teammates and their families after “unnecessary” hate was directed towards them. “Those girls on the team are her friends, and they’ve been incredibly supportive through all of this,” she added. “They are kind and did their very best to include Morgyn and make her feel like she belongs and they continue to do so and continue to reach out and let her know that she is loved. If it was up to them, they would have included her in the photos.”

That being said, the family has decided to meet with school administrators to discuss the unfortunate situation and guide them on how to advocate for students with disabilities. “I think the important thing here is that we focus more on loving one another and being more inclusive,” said the elder sister. “We can all learn from Morgyn in how she handled this with such a positive attitude. … We cannot continue to shame one another when mistakes are made. There is no place for shame in all of this.” She continued, “We should be able to raise awareness and fight for what’s right without getting cruel.”

Jordyn said her sister is handling the current situation with her trademark kindness. “Morgyn could have chosen to be angry or upset, but instead she chose to be understanding, and forgiving,” she said, adding, “I think a lot we can learn from her example. She’s forgiven them and moved on. She’s sad, when she looks at the pictures. Her example speaks a lot, and she’s excited to continue to find memories and continue cheering.”