Conwoman tricked her date she met on social media to come to her apartment before she and her accomplices burned him, stabbed him and forced him to call his family to come up with ransom money 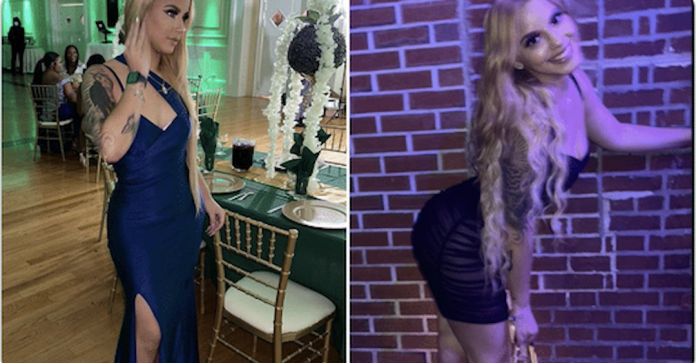 The 22-year-old woman lured the male victim, whom she met on social media, to her home  where she and three other men proceeded to torture the man and hold him hostage, while demanding the victim’s family pay a $100,000 ransom for his release. The unsuspecting 24-year-old man was tied up and burned while his kidnappers forced him to call his family to come up with $100,000 in ransom money to secure his release.

The 22-year-old woman from New York City, Valerie Rosario, allegedly lured the 24-year-old victim over to her apartment last month.

According to the police officials, the hostage plot involved putting the victim in the bath where he was reportedly sprayed with flammable liquids before being set alight. The 24-year-old victim was also tortured with knife, the New York Post reports.

The 22-year-old woman reportedly set up the scheme on Instagram and convinced the unsuspecting victim to come to an address in Marble Hill at 1:10 a.m. on February 7.

Investigators believe the female suspect reportedly picked out the victim after noticing that the unidentified 24-year-old man would often flash money on his own personal Instagram account.

Unfortunately, the unsuspecting man was tied up and tortured while his kidnappers forced him to call his family to come up with $100,000 in ransom money to secure his release, prosecutors said earlier this week.

But, the good news is that investigators were able to track down the victim about 24 hours later, where they discovered the victim tied up in the back of a van and barely breathing, per Daily Mail.

The suspect then reportedly tripped the man, placed him in a bathtub, poured flammable substances on him, and burned him with a flame, prosecutors said.

According to the court documents, the unidentified victim was also tortured with a knife and struck on his legs, back and body.

After hours of torture, the kidnappers moved the man to a different location in order for him to make a video call to the victim’s brother.

During an interview with investigators, the victim’s brother was reportedly able to see his brother being cut by a knife, while a demand for ransom money was made by other group members.

Assistant District Attorney Andrew Kluger said that the suspects reportedly said: “Give us one hundred thousand dollars or we will kill him” to the victim’s brother.

Javier Vargas, one of the alleged accomplices, was tracked down by authorities. The responding officers reportedly said that the suspect was sitting outside in a van.

The victim was discovered unconscious and barely breathing. The responding officers also found the knife thought to be used on the victim.

The unidentified 24-year-old male victim was reportedly wrapped in a blanket with tape covering his mouth.

He was taken to hospital where he was treated for multiple burns and stab wounds on his face, body, back and legs, prosecutors said.

The 22-year-old woman is now charged with attempted murder, extortion and kidnapping. She is being held without bail, court records say.

“Ms. Rosario denies all the allegations that have been leveled against her,” her attorney R. Loving said in on Monday.