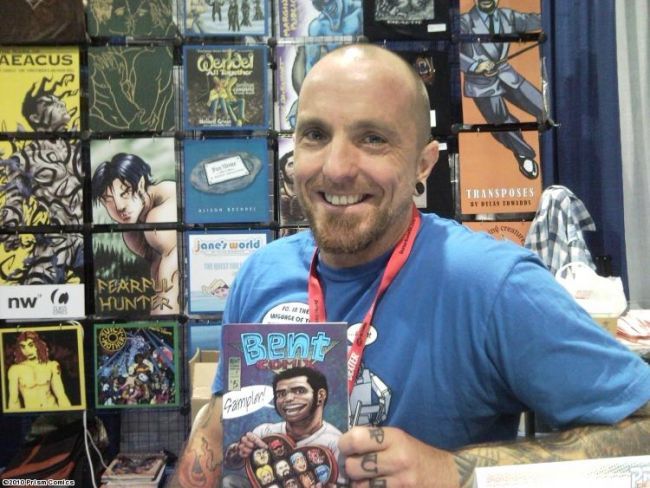 DAVENPORT – The work of a Davenport-based graphic novelist has received national attention. For the second year in a row, Jason Platt has made the Texas Library Association’s 2021 Little Maverick Graphic Novel Reading List.

Platt’s second graphic novel follows the same middle school-aged protagonist from his first. He says the plot of “Middle School Misadventures – Operation: Hat Heist!” was inspired by both his son’s and his own middle school firsts.

“I remember when I was in junior high, something got stolen from me, and I just remember that feeling of… ‘Why would someone steal something from me?’, that innocent kid feeling. I remember when my son was in the eighth grade, he had this favorite hat of his own; it was a baseball cap. And he wore it to school one day. The principal walked into his classroom, tapped him on the shoulder, pointed at the hat, and said “I would love to have this in my collection.” He just got white as a sheet and took his hat off and stuffed it into his backpack. And so, those two little elements kind of came together, where I thought it would be fun if Newell, my main character in my book, got his hat stolen.”

Platt’s book came out in April, right as the pandemic was closing schools. He says he heard from one teacher who was grateful her students had something to keep them reading outside of the classroom.”

“A teacher sent me some feedback because one of her students read the first book and loved it so much that she bought the student his own copy of the second book. This was in the very beginning of the whole pandemic. She dropped it off at his house, and his mom took pictures of him reading it, and just the smile on his face was just… Those types of moments I will just never forget.”

Platt’s main character is in middle school, but his target audience is elementary schoolers.

“They get to imagine what life will be like in middle school or junior high, you know, is this what my friends are going to be like, you know… going to my locker between classes and the cafeteria and all those misadventures of their own.”

It’s been a while since Platt himself was in middle school, but he says that being a parent keeps him connected to what that time in his life felt like.

“I think it’s mostly my son. He’s in high school now, and that time in his life is still very fresh. When you’re a parent, when you have your own kids, you know, you’re reflecting on your own life as you’re watching your own kids grow. Recounting stories (from) when I was a kid to him is a lot of fun, but seeing what kids are like nowadays, it’s fun to see how different they are but how much they’re the same at the same time. It’s pretty cool.”

As for his next project, Platt can’t say anything for sure. But he has a lot of ideas.

“Hopefully, fingers-crossed, there will be news relatively soon in the future, but what’s a little bit different about these books, one of the things I wanted with my series is they’re stand alone little adventures, so a kid could pick up book two first and then go to book one and not go in any particular order. So, there’s tons of little ideas that I have for future misdaventures.”

The pandemic didn’t affect the publication of his latest graphic novel, since it was printed before quarantine started shutting down businesses. He had to cancel speaking engagements, and physical book stores aren’t as busy as they once were, but Platt says, there is a silver lining.

“What’s really great about reading books in general is that you can be in your home, you can be in your living, on your front porch, or wherever you may be, and you can dive into this new world and have a ton of fun. So, it’s been great in that aspect… it makes me happy that a book like mine can help children escape the new normal.”