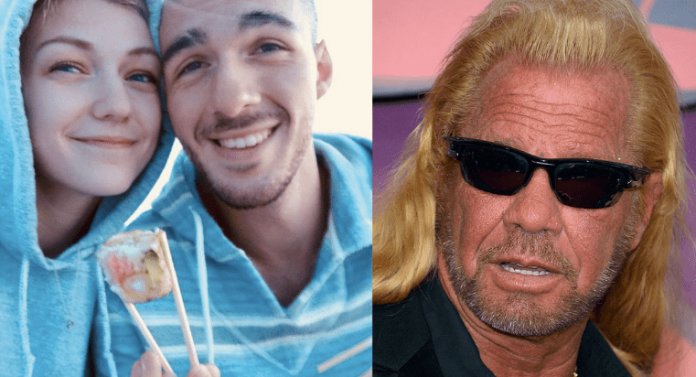 Law enforcement authorities have conducted massive searches to find Brian Laundrie, who went missing days before Gabby’s body was found. Officials say that the suspect left his family’s home without his cell phone and wallet, and he was named a person of interest in Gabby’s case. As search teams hunt through different areas for Brian, reality TV star Dog the Bounty Hunter is also conducting a search of his own to find him.

Dog the Bounty Hunter or Duane Chapman, was in Florida with his wife, when he decided to take a detour and stop by Brian’s parent’s house.

“I will find him,” Chapman declared. On Saturday, September 25, 2021, Chapman repeatedly banged on the front door of Brian’s parents, Christopher and Roberta, but received no answer.

“I need to speak to the father,” Chapman said. “I need to ask him where his son is. Is he in there?”

Chapman is confident that he will be able to find Brian and added, “I’m chasing several leads. We’ve got a lot of leads. I can’t tell you more but we are getting leads every ten minutes.”

Brian was last seen by his family on September 15, and he was reported missing on September 17. Chapman is confident that he will be able to find Brian before his 24th birthday on November 18. The reality star has set a deadline for himself and wants to find the fugitive in six weeks.

Before Brian left home, he reportedly told his parents that he was going hiking in the Carlton Reserve, which is about five miles away from their house. If he’s not there, Chapman believes he might be in the Appalachian mountains, a trail where Brian has camped in the past.

“If there’s anywhere out there that looks the hottest, that could be the area,” Chapman noted.

While talking about Brian, Chapman also said: “I think he’s young enough, not an experienced criminal, but what is his greatest experience? Outdoorsman — that’s what he does the best. I don’t think he can shoplift, live on the run, live in cheap hotels. On a one to 10 he’s probably a six, compared to the outdoorsmen and some of the guys I’ve captured.”

The reason Chapman said he’s taking this case up is that he has received a lot of requests to get involved and knows “what the victims feel like.” He said, “We had a lot of requests that I get in on this. This is what I do for a living, for 45 years.” Chapman said that he’s been receiving plenty of tips on his hotline and is urging people to give any helpful information that they may have.