“Donald hates his birthdays,” says his ex-wife. Here’s what he did for his first b’day after leaving the White House 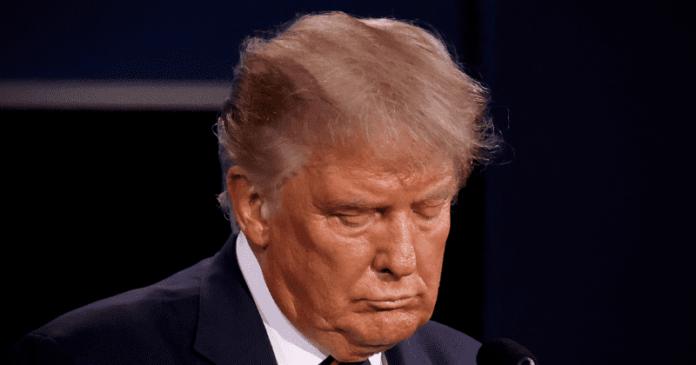 Another “first” has come and gone for Donald Trump since putting his life at the White House behind him. On Monday, June 14, the former president turned 75 years old and celebrated his first birthday since his presidential tenure came to an end. As many would have expected, he spent the day golfing in the company of others at his club in Bedminster, New Jersey. His son, Donald Trump Jr., and his girlfriend, Kimberly Guilfoyle, were also at the club with the birthday boy; famous footballer, Herschel Walker, was there for the festivities as well.

Donald Trump Jr. had posted a video on Instagram that showed a group of people singing “Happy Birthday” to his father. “It’s always nice when family and great friends as well as a few members of Congress sing you happy birthday,” Donald Trump Jr. wrote in the caption for the post. “As much as 45 doesn’t love birthdays it was great to be there.”

The former president’s younger son, Eric Trump, also put up a post on Instagram in honor of his father’s birthday. “Happy Birthday Dad… we love you very much and are incredibly proud of you!” Eric Trump wrote.

Currently, Trump is reportedly staying in New Jersey for the summer, and it is unclear whether his wife, Melania Trump, and teenage son, Barron, were with him for his big day. But there’s no telling whether their presence would have made a difference because it seems Trump “hates” his birthdays anyway, according to his ex-wife. “Donald hates his birthdays,” declared Ivana Trump, the ex-president’s first wife and the mother of his three oldest children.

“I did speak to him and wished him happy birthday and told him, ‘Don’t worry about your age. Age is just a number, and his and mine [are] unlisted,'” Ivana said.

Since leaving the White House, Trump passes most of his time golfing and lunching at his clubs with other Republican leaders, according to sources. While he moved from Florida to New Jersey for the summer, it is believed that Melania would be “going back and forth from New York and New Jersey to Florida,” a source said. However, “everything in life that Melania likes is in Palm Beach,” the source added.

“Even though Melania is usually near her husband in some capacity, she keeps her own schedule and leads her own life,” said the source. Although there can be some things that put Melania off, the source said she “has a good life and knows it.”

Lately, Trump has started making more public appearances, and one of the questions he’s asked the most is whether he will join the next race to be president again. A source close to him said, “I don’t think he has any intention of running for president again but he wants and needs attention. Being seen with his Republican colleagues and hosting rallies keeps his name out there. It makes him feel good, and it also helps with whatever else he plans to do in the coming months.”