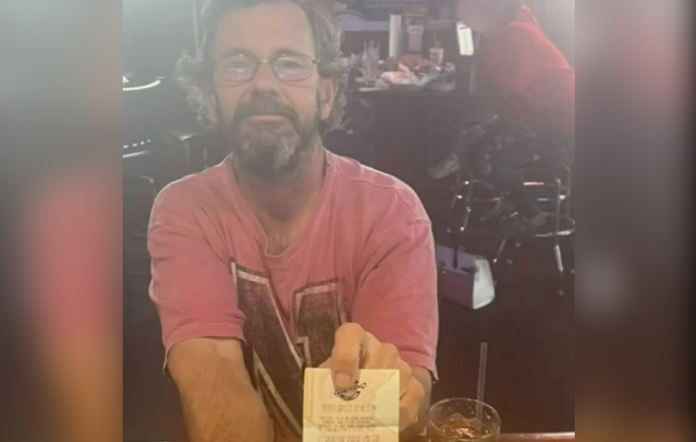 The body of a 57-year-old man was found on a private beach along Saginaw Bay last week, and inside his wallet was a winning lottery ticket worth $45,000. The victim attempted to cash it, but was unable to because he needed a new social security card for identification purposes.

The owner of the Blue Water Inn said the victim, Gregory Jarvis, was at the bar on September 13th and playing the Club Keno add-on game, The Jack when he won the jackpot.

The 57-year-old man returned a few days later and bought everyone drinks, but at that point he still hadn’t cashed his ticket. He didn’t have a valid social security card, which the Michigan Lottery Commission requires for winnings over $600, but he had applied for a new one.

When he didn’t show up to the bar or work, those who knew him became concerned. A few days later someone walking along a private beach found a body near a boat. The boat belonged to Jarvis, and officials later confirmed the identity of the body.

At first they became concerned after they discovered the $45,000 lottery ticket in Jarvis’ wallet, but after an investigation, “we are thinking that he was tying up his boat, slipped and fell, hit his head, and that’s where he ended up in the water,” police said.

An autopsy showed the injuries Jarvis sustained were consistent with hitting his head on the boat. He reportedly made plans to use some of the money to visit his family in North Carolina. Authorities say that his relatives have possession of the winning ticket.