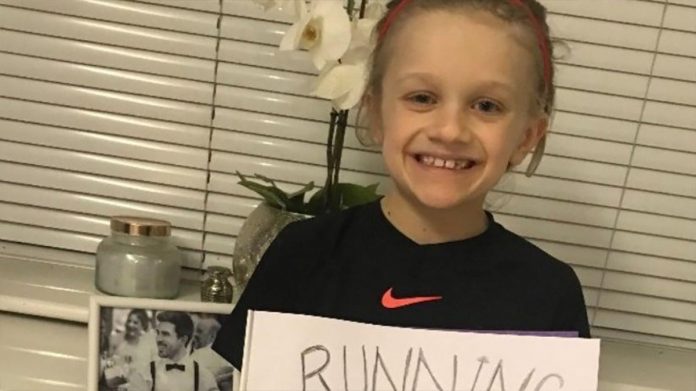 A 9-year-old boy died after being struck by lightning while playing soccer. He was taking part in a private soccer coaching session when a violent storm swept through the area. Emergency services were called to the soccer fields on Tuesday, May 11, and he was taken to hospital, but died a short time later.

His devastated family said he did so much for others during his short life, recently raising over $4,000 for a mental health nonprofit in memory of a relative who had died by suicide.

The talented 9-year-old was called a ‘hero’ after running 30 miles in 10 days to raise the funds.

In an appeal for financial support family friend Jessica Marr said: “If everyone could come together as a community and help give back to a little lad who did so much for others & help the family suffering from this horrific loss please do so.”

Jordan was an avid Liverpool FC fan who was nicknamed mini-Milner after the club’s vice captain and player James Milner, who sent a signed shirt and a video message to Jordan describing his achievement raising the funds as an “incredible feat”.

Jordan’s heartbroken family visited a memorial at the soccer pitch where the youngster was struck by lightning on Wednesday. Tributes including football shirts, footballs, flowers, and cards have been left at the site.

Jordan’s best friend, CJ Campbell, said: “I started crying straight away as soon as I heard because he is my very best friend in my class at school. I was so shocked, you wouldn’t expect to hear that news.”

A GoFundMe page has been set up to support Jordan’s family. Jessica Marr who set up the fundraiser wrote: “There are no words that could possibly be written to begin to explain the pain the family of Jordan must be feeling.

“After raising £3K ($4,200) for Counselling in the Community just this year, in memory of his uncle, it’s now time for us to come together as a community and help give back to such an incredibly thoughtful and caring young lad who has been taken way too soon in a tragic incident.

“Anything, no matter how big or small donation, please help as I know whether you knew Jordan personally or have just heard about him through social media, this is something that is so heart wrenching and should never have happened.”

The under 9s team at Clifton Rangers Junior Football Club where Jordan played said: “Jordan was a shining light and an inspiration to everyone that he met. A strong, determined, and courageous young man, who will be missed by everyone.

“The world has truly lost an extraordinary young man, who had done so much good in his community.”

In the U.K., two people are killed by lightning every year on average.