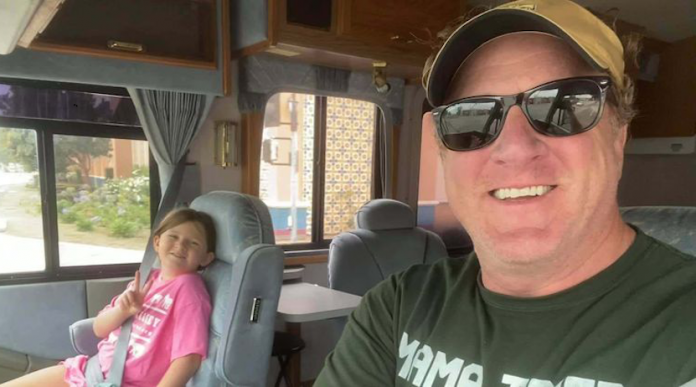 A father and daughter are becoming the ray of hope for people that have lost nearly everything they own in devastating wildfires. The father and his 9-year-old daughter, Luna, have spent much of the last couple of years driving around to deliver RVs. They have traveled thousands of miles to burned townships and donated motorhomes to individuals that helplessly watched their own homes be charred to the ground.

Over the last couple of years, wildfires have ravaged a number of areas in the US, and many families are still struggling to reel from the loss. That’s why Woody Faircloth has decided to step in and personally deliver RVs to these families.

The family from Colorado goes on long road trips across California, Oregon, and Washington, his daughter gets to ride beside him and see numerous families move closer to getting back on their feet.

The father decided to begin his mission after watching a news report on TV. He saw a man having to escape in an RV after the Camp Fire, which was the country’s worst wildfire in a century, burn down his home in California. Although the man lost his house, he still had a roof over his head because of the RV.

This struck a chord with Woody, who has lived in a motorhome himself in the past. With a burning desire to help others, the recently divorced father asked Luna what he thought of the idea.

As word got around, more and more people started donating their RVs, and Woody drives them personally while Luna rides shotgun on most of the trips.

Woody’s mission has now turned into the non-profit called EmergencyRV.org, and he delivered his 96th RV in September, 2021. For Woody and Luna, the road trips will continue as there are over 100 families currently on EmergencyRV.org’s waitlist.