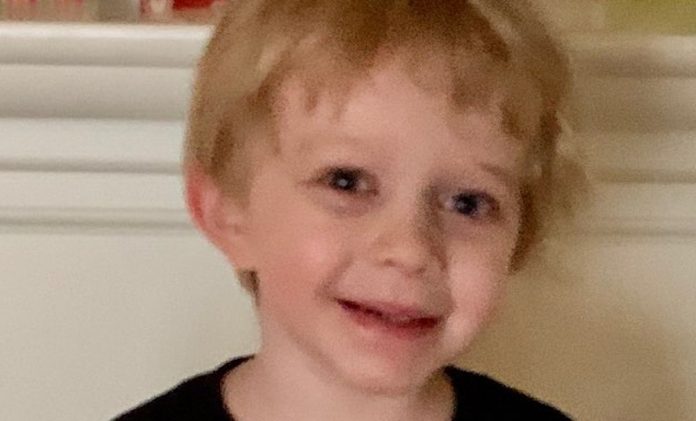 After his son was reported missing, the father of a 7-year-old boy found the child’s dead body in the family backyard after he was mauled to death by their dog. Before the body was found, the family of the 7-year-old victim became worried after he didn’t return back home for dinner. The boy also didn’t respond to the family’s calls, and eventually, the family called the police. The child was reported missing at around 7:20 pm on Wednesday, October 20, 2021.

Soon, the child’s father, Michael, walked out to the family’s backyard in Oklahoma and found his son’s, James McNeelis, dead boy. James had been mauled to death by their family dog, a Shetland sheepdog-corgi mix.

The family had welcomed the stray dog into their family just three weeks before the child’s untimely death. Until then, the family had not noticed any signs of aggression in the dog and are still struggling to accept the tragedy.

“It doesn’t look like any foul play,” Sheriff Bret Bowling said. “Our preliminary indications or investigation show it’s some kind of animal.”

Relatives revealed that the little boy was outside playing in the backyard, where the attack took place. After James was reported missing, a search team arrived at the scene to find the boy. And that’s when neighbors realized something was wrong. “We just started seeing flashing lights, police, highway patrol, another vehicle had their flashers on driving up and down the road,” said one neighbor.

The Oklahoma Department of Wildlife’s investigations indicated the boy was attacked by the family dog. Currently, the dog is in the care of an animal control facility.

Following the incident, Michael put up a post on Facebook and honored the memory of his late son. “He was so full of life and light and he was going to change the world. And he still is. His light will change the world,” the post said. “We feel alone and lost without him and we’re doing all we can but it’s just hard. Everything just hurts without my little boy here.”

The family set up a GoFundMe page to help them get through this difficult time. “This was a sudden and tragic accident that has left this family lost and reeling,” the fundraiser said. “This fund is in order to help with memorial and cremation expenses for James, and will also support the family in getting a car and moving away from the home where they raised him.”