Father heartbroken after 10-year-old son is beaten to death, blames the child’s mother: “You let the devil in” 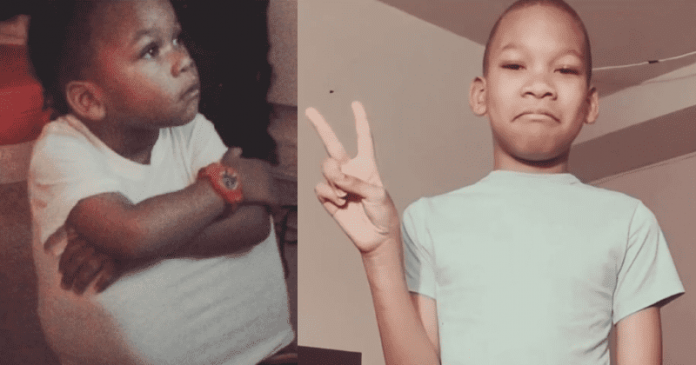 A father from the Bronx found out that his son died a horrible death after friends began calling him to offer condolences when they saw the news of the 10-year-old bludgeoned to death. Months had passed since Darnell had spoken to his ex-fiancée and the mother of his child. He can’t believe his child became a victim of a violent incident, caused by the new boyfriend of the child’s mother.

“You let the devil into this house,” the mourning father said about his ex. “She made a deal with this devil… It’s impossible that you don’t know what’s happening with our child.”

The boyfriend accused of murdering 10-year-old Ayden Wolfe is Ryan Cato, 34, who left the boy in such a bad condition that his entire body was covered in bruises.

Apart from internal injuries, Ayden was “covered from head to toe with bruises,” the prosecutor said. “He had bruises on both arms and hands, both legs, his head and his face, including behind his ears, his chest, his back, and even between the toes. The child had ribs broken on both sides of his body. Some ribs had multiple fractures.”

It was reported that the day before Ayden was found dead in an apartment in Harlem, the police were called to the building after a 911 call reported noises coming from the fourth floor. “Do you want me to beat your a– too?” yelled the voice of a man, according to a neighbor who recalled what was heard that day.

At the time, along with the banging and screaming, young Ayden could be heard very faintly moaning while the voice of a woman, possibly the boy’s mother, could be heard begging the man to stop. One neighbor said they heard “banging and thuds against a wall and a man yelling,” according to the criminal complaint.

Although the police arrived at the building that day, they stayed for 12 minutes before leaving because they couldn’t identify the apartment and didn’t find any signs of an ongoing altercation.

The next day, on March 6, the shouting continued and whimpers from the 10-year-old boy could be heard in the hallway.

“You thought yesterday was something?” the man could be heard shouting. “You think this s— is a game?”

Once again, officers were called to the apartment building after a 911 call, but this time, they arrived to find a heavily bruised boy who was later pronounced dead in the hospital. The mother’s boyfriend, Ryan was arrested and charged with murder and endangering the welfare of a child.

As for the bereaved father, Darnell, he is still waiting for the whole truth about what happened to his son including whether his ex-fiancée would be charged.

Remembering his beloved son, the father said: “He had charisma. He just shined. His personality was amazing. If only you could see how much love he had. That was my son.”

“I’m outraged,” he added “…What I need right now is justice for my son. My son needs justice.”