‘In the beginning of the pandemic I found myself going back into depression’, Mother killed her two young children whose decomposing bodies were found at her apartment 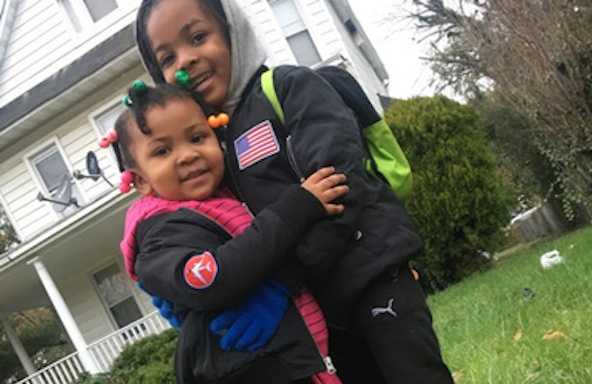 Her name is Jamerria Hall, and she is the mother of Da’Neira Thomas, 6, and Davin Thomas Jr., 8, whose decomposing bodies were found in their apartment Tuesday afternoon. Authorities have tracked down the mother and apprehended her on Wednesday morning. The woman allegedly confessed to the double murder.

Someone called 911 Tuesday afternoon because something smelled bad from the apartment in Maryland. The responding officers found the two children and their bodies were decomposing. It’s still unclear when exactly the children were killed along with the manner and cause of death.

According to the police officials, it wasn’t the first time the mother had been arrested for offenses against the children. Back in 2018, the woman set fire to a home while children were inside. She and her children were reported missing and found at a local hospital. The woman was convicted on two counts of criminal negligence and served a year in jail. It is unclear where the children lived during their mother’s incarceration.

In April, the suspect posted on Facebook about struggling with depression and how it guided her to a new business opportunity selling hemp-infused products. She wrote:

‘In the beginning of the pandemic I found myself going back into depression. I was not able to work because my family needed me at home. Every month I had supervised probation office visits. I suffer from myofacial pain syndrome. PTSD always taps me on the shoulder and triggers my anxiety.’