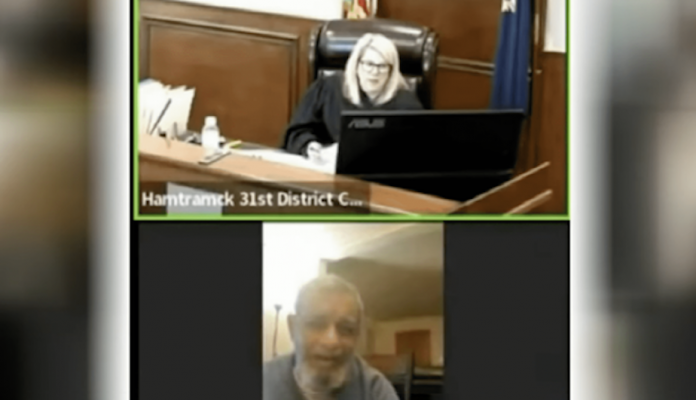 A 72-year-old man battling lymph node cancer was berated by a judge for failing to maintain his yard, despite informing the judge that his medical treatments left him too weak to do yard work. The man was diagnosed with cancer in his lymph nodes in 2019. His health deteriorated not just from the cancer, but also a heart issue and high blood pressure. Meanwhile, his wife also struggled with health issues after falling down the stairs and hurting her back.

During a recent court appearance over Zoom, the 72-year-old man from Michigan, Burhan Chowdhury, struggled to breathe as he explained the circumstances that led to the overgrowth at his suburban property. However, 31st District Judge Alexis Krot displayed no sympathy for the cancer patient and instead shamed him for the neighborhood blight.

“I am a cancer patient. Very old, ma’am. And I am a cancer patient. I was then very weak,” Chowdhury can be heard telling Krot in a now-viral video of the court exchange. The judge didn’t seem the least moved by his answer and instead responded: “You should be ashamed of yourself! If I could give you jail time on this, I would.”

Calling the amount of grass on the walkways “totally inappropriate,” Krot instructed him to clean the yard and issued him a $100 fine to be paid by February. When Chowdhury reiterated that he was “very sick,” the judge claimed his inability to tend to his property was inexcusable.

“Did you see that photo?!” Krot exclaimed, referring to a photo of grass and weeds in front of and on the side of his home. “That is shameful! Shameful! The neighbors should not have to look at that. You should be ashamed of yourself!” According to reports, Shibbir Chowdhury, who joined his father for the court hearing on Monday, said: “The way she said that my father should serve jail time for this thing really bugged me. I was really shocked by it. I didn’t expect her to yell at us in this kind of a situation.”

“She was telling my father, a sick person, that he should go to jail. That’s ridiculous,” he added. “You can’t give a 72-year-old person jail time for not cleaning an alley.” The 33-year-old revealed that his family first came to the United States from Bangladesh in 2010 and eventually settled down in Michigan in 2014.

Five years later, Chowdhury was diagnosed with cancer in his lymph nodes. According to Shibbir, his father’s health deteriorated not just from the cancer but also a heart issue and high blood pressure. Meanwhile, his mother also struggled with health issues after falling down the stairs and hurting her back, he said.

Although Shibbir and his mother were diligent in cleaning the yard since Chowdhury’s cancer diagnosis, the grass and weeds grew out of control when the son traveled to Bangladesh for three months last year. The region’s rainy season also played a role in the vegetation getting out of control, Shibbir noted.

When he returned home, his father informed him that they were issued a ticket on August 2, 2021, for what Krot later described as “failing to keep the fence, walkway, sidewalk or alley free of trees, leaves” or other items. “It was a chain reaction,” said Shibbir. “The neighbors probably complained and took the picture that was sent to the city.”

Although the family cleaned up the property soon after, Chowdhury still had to make a court appearance to see whether he would have to pay a fine. According to court records, Chowdhury’s fine was paid on Wednesday.

Meanwhile, an online petition urging the city to “remove Alex Krot as a judge” and alleging that “she has a history of being bigoted to immigrants,” has collected nearly 43k signatures as of Friday.