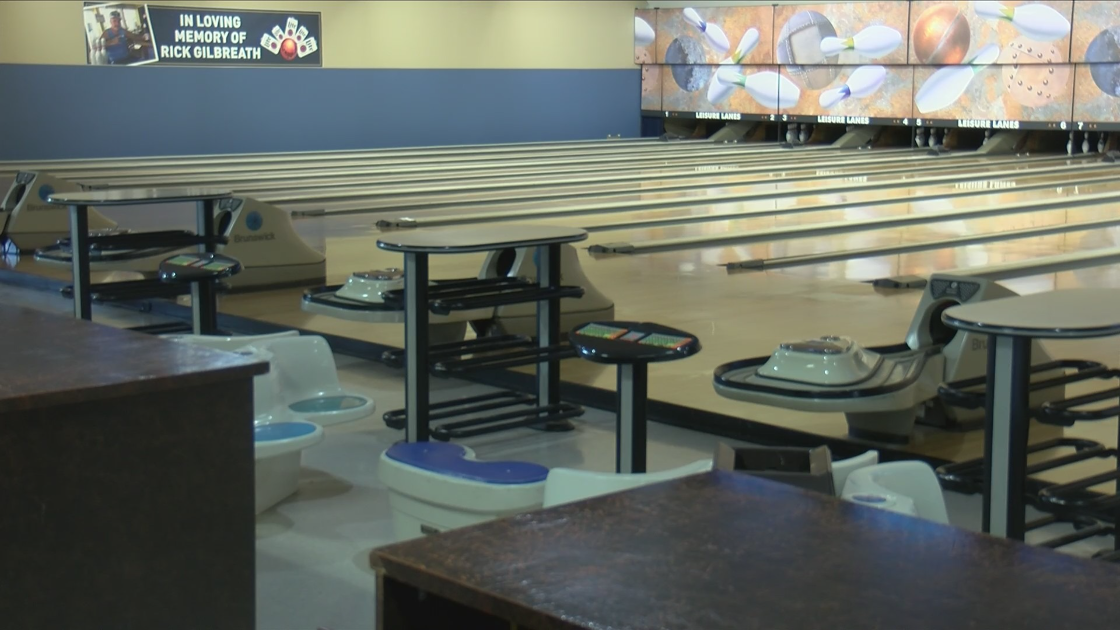 DAVENPORT – Pandemic restrictions are putting many businesses in a bind. Mike Roseman, the owner of a Davenport and Muscatine bowling alley, has had to shut both of them down because of new mitigations in Iowa.

In a recent proclamation by Iowa Gov. Kim Reynolds, league play is no longer allowed. League play counts for 90% of business for bowling alleys and because of that most have had to close down.

“We basically have leagues out here seven days a week. Today I would have had 80 this morning for junior bowlers and then about another shift of about 80 at 11 o’clock, and now I should be having birthday parties and Christmas parties, so it’s affected it in every way.”

Right now Leisure Lanes can hold up to 96 people for open play, but none for leagues. Not being able to have league play despite being able to do it safely has become increasingly frustrating for Roseman.

“We’ve got tables and chairs. We put plexiglass up. We’ve tracked every mask in town down. We have six gallons of sanitizer.”

Many leagues would be bowling each day of the week and what adds to the frustration for Roseman is that it’s actually safer for league play.

Right now is the heart of bowling season and there is no revenue to show for it. Roseman is concerned some people might just wait until next season to come back when league play is allowed again.

“All bowling alleys make their money in those eight months so they can get through those three or four months in the summertime,” he said. “So every single week we’re down, that’s one less week we can’t survive in the summer time, so every day we’re closed is just crucial to us.”

After seeing how other industries that are shut down have received financial support, Roseman is hoping to receive the same for bowling.

“The movie theaters get help. There was a $5.5 million grant that the movie theaters got. Up to $10,000 per screen is what they get in the state of Iowa and that’s great. We’re asking for the same thing. Can somebody help our industry?”