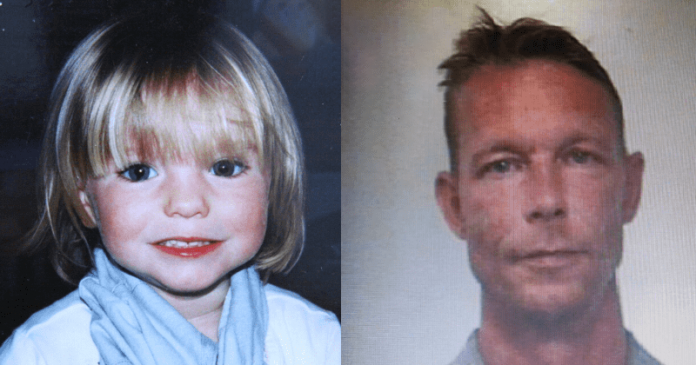 Her name, Madeleine McCann, is known in the corners of the world, and her story has frequently made headlines for more than a decade. Yet, nobody can trace where the young girl is today. The last time her parents, Kate and Gerry, saw her was in 2007 when they tucked her into bed in a holiday apartment in Portugal. The couple then went for dinner to a nearby restaurant, and once they returned, they couldn’t find Madeleine. She was days away from celebrating her fourth birthday at the time.

Currently, the prime suspect in Madeleine’s abduction and murder is 44-year-old Christian B, who has now put out a public comment for the first time urging investigators to give up.

“Charging an accused is one thing. Something completely different – namely, it is an unbelievable scandal – when a public prosecutor starts a public campaign for prejudice before a court case is opened,” wrote Christian B in his letter provided to German media.

“Freedom of expression is not a basic right so that everyone can say and write what they want. Freedom of expression does not protect the majority,” the convicted pedophile went on to say. “It protects the minority. It does not protect the most logical, most convincing or most popular views, but rather the outsider position. I call on the Brunswick public prosecutors Wolters and (Ute) Lindemann to resign from their offices. Both are proving worldwide through my arbitrary condemnation in the past and through their scandalous pre-denial campaign in the present against me as an innocent person that they are not suitable for an office as a lawyer for the honest and trusting German people and you bring shame onto the judiciary.”

At the moment, Christian B is in jail serving his sentence for raping an elderly woman in 2005. In his letter, dated May 8, he also attached a cartoon showing prosecutors dining at a restaurant and asking the waiter to bring them “Filet Forensics.” The cartoon is supposedly a dig at the investigators having found no forensic evidence against him in the case so far.

“He basically has had enough of how he is being treated by the German judiciary,” said a source close to Christian B. “He was identified publicly by the Prosecutor as the main suspect and yet he has not been charged or shown any of the evidence the authorities claim to have against him. He is of the view that they should either put up or shut up. It is not fair the way he is being treated. What happened to innocent until proven guilty which is a fundamental principle?”

If Madeleine was never taken from the holiday apartment years ago, she would have celebrated her 18th birthday this year on May 12. Her parents put out a statement in May 2021, and said they want to know what happened to their daughter, “no matter what” the truth is.

“Every May is tough – a reminder of years passed, of years together lost, or stolen,” the couple said. “This year it is particularly poignant as we should be celebrating Madeleine’s 18th birthday. Enough said.”