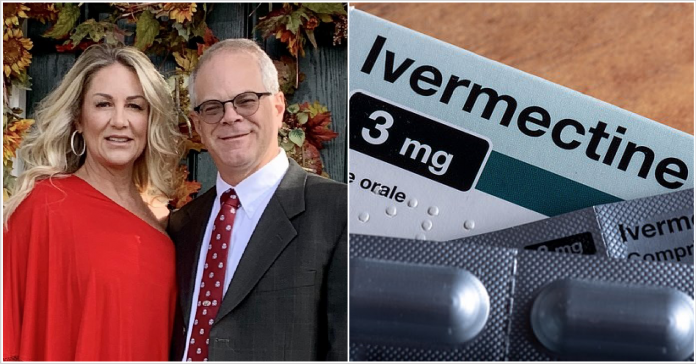 According to reports, the 52-year-old man from Pennsylvania whose wife had gone to court to have his Coronavirus infection treated with ivermectin has died on Sunday evening, a week after his first dose of the anti-parasitic medication. Several hospitals throughout the country have continuously been hit with lawsuits demanding that they treat COVID-19 patients with ivermectin. Unfortunately, misinformation about ivermectin’s ability to treat coronavirus infections has circulated widely online in recent months.

According to reports, the 52-year-old man from Pennsylvania, Keith Smith, had been in an intensive care unit at the UPMC Memorial Hospital for three weeks while he battled COVID-19.

His wife, Darla, reportedly said that her husband had been put into a medically-induced coma and was on a ventilator less than 2 weeks after he was diagnosed with coronavirus.

County Court Judge Vedder ruled on Dec. 3 that the hospital did not have to administer the drug to Smith, but it must allow a doctor or registered nurse to give him Ivermectin under the guidance of the telehealth doctor who initially prescribed the treatment, according to reports.

Smith received the drug 17 days after being admitted to the hospital and seven days before his death. Darla alleged the process of obtaining the court order delayed his opportunity for treatment by nine days.

After the 52-year-old man reportedly received two doses of ivermectin, his condition deteriorated and the doctor stopped administering the medication.

Unfortunately, he died on Sunday night surrounded by his wife and their two sons.

Early into his hospital stay, Darla requested doctors administer Ivermectin after his primary physician had prescribed the drug before he was admitted. But UPMC initially refused, saying the drug was not part of the hospital’s COVID protocol.

Despite her frustration with the lawsuit, Darla still had positive words for UPMC. The woman reportedly said: “I still love you. You cared for Keith for over 21 days. You dosed him with the medicines the doctors prescribed. You cleaned him and groomed him, moved him, propped him up, dealt with every mess, every smell, every trial. Everything. I appreciate you.”

Several hospitals throughout the country have continuously been hit with lawsuits demanding that they treat COVID-19 patients with ivermectin.

According to the health officials, ivermectin has not been authorized or approved for use in preventing or treating COVID-19 in humans or animals.

The FDA also says that ivermectin is approved for human use to treat infections caused by some parasitic worms and head lice and skin conditions like rosacea.

“Adverse effects associated with ivermectin misuse and overdose are increasing, as shown by a rise in calls to poison control centers reporting overdoses and more people experiencing adverse effects.” the CDC reports.

‘You can also overdose on ivermectin, which can cause nausea, vomiting, diarrhea, hypotension, allergic reactions, dizziness, ataxia, seizures, coma and even death.’ the FDA warned.