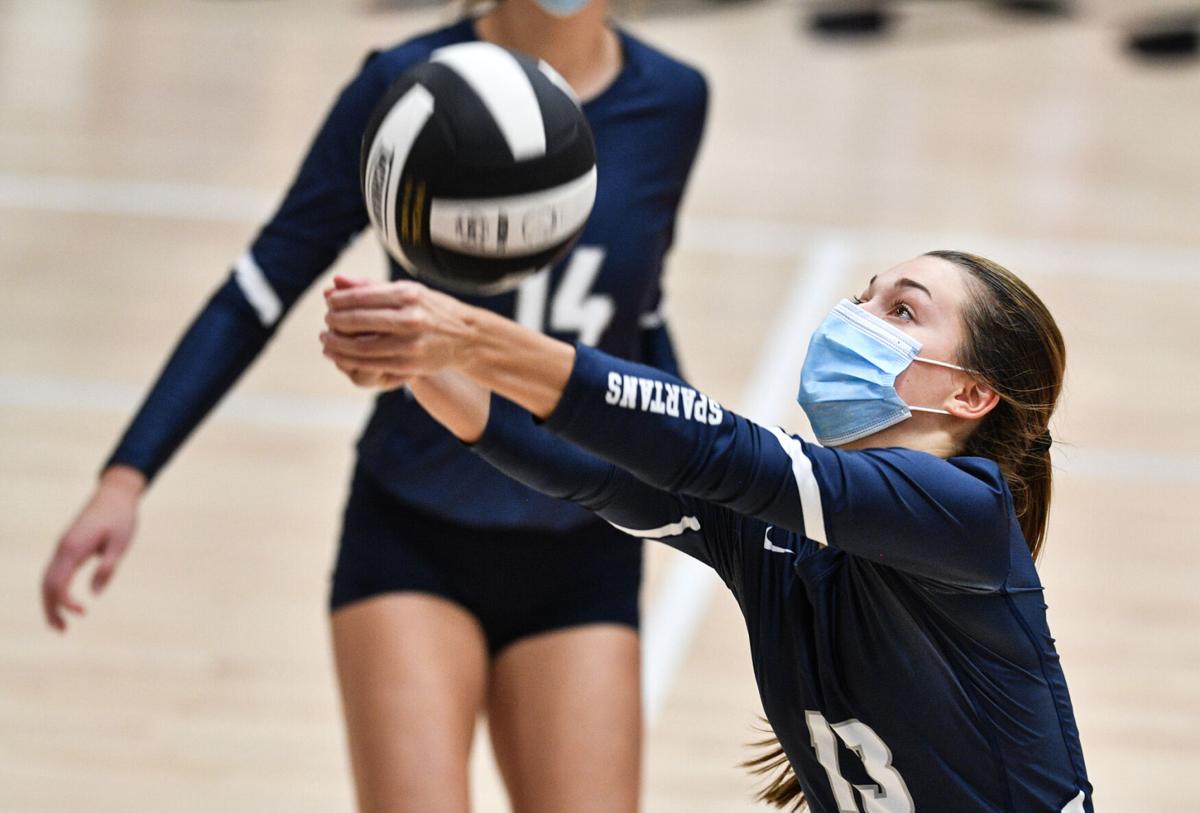 DAVENPORT – Even with one more high school volleyball season remaining, Kora Ruff has a closet full of accolades.

The 5-foot-8 setter became the school’s career leader in assists this season surpassing the previous mark of 1,692 by Payton Strawser. Ruff has 2,312 assists and 580 digs going into her senior season.

Ruff was named the Mississippi Athletic Conference player of the year, first team all-district and first team all-state in Class 5A by the Iowa Girls Coaches Association. She was named to the all-tournament team at state for a second consecutive year after recording 94 assists and 48 digs in two state tournament matches.

The crowning individual achievement was being selected to the eight-player Elite Team by the IGCA, the top players regardless of classification in Iowa. Ruff has been around the game all of her life, with her mother coaching and her two older sisters playing.

“She seems to be born into this,” PV coach Amber Hall said earlier this season. “Kora has been in a gym since she could walk. She is such a great athlete and her volleyball IQ is maybe the highest I have seen. Kora makes those connections with her teammates and it shows up on the court.”

After losing in the regional final to Linn-Mar two years ago, PV has made back-to-back trips to the state tournament.

It swept Davenport North and Muscatine in regional competition before knocking off defending state champion Cedar Falls in the quarterfinals and losing a five-set heartbreaker to eventual champion Ankeny in the semifinals.

Ruff had a season-high 52 assists in the win over Cedar Falls. She registered a season-best 31 digs in the match against Ankeny.

During the season, PV won a five-set thriller against Davenport Assumption and recorded wins over state-ranked Cedar Rapids Xavier and Mount Vernon.

“It was a really good season for us,” Ruff said after the state tournament. “From not playing the first couple of weeks (because of COVID-19) and then coming back, winning the conference and getting back here, we did a lot of good things.

“Next year, the goal will be to get into that state championship match.”

Ruff was required to take on more of that responsibility this fall with senior Emily Wood.

“I’d probably say my leadership skills is where I’ve made the most growth,” Ruff said. “I was new to everything my freshman year and we had a heavier number of upperclassmen as well. This year, one of three returners, I embraced that role a lot more. There were a lot more opportunities and it helped me grow and share some of those experiences I had when I was one of the younger girls.”

Added strength allowed Ruff to continue her development as a setter.

“I’ve gained a lot more confidence in myself,” Ruff said. “I’m more comfortable handling those tight balls. If we need to get out of a particular rotation, I feel I can get us a point.”

While Ruff has one year remaining of high school volleyball, she also is sifting through her college options.

The COVID-19 pandemic has complicated the recruiting process. Besides the inability to take on-campus visits, some college athletes are taking advantage of the NCAA’s extra year of eligibility granted to athletes because of the coronavirus. It has made it difficult for girls in the 2021 and 2022 classes to see where they fit in on some rosters.

“It has been crazy with my class,” Ruff said. “I’m looking to make a decision soon, hopefully by the end of (December) I’ll have things figured out.”

Ruff didn’t disclose her finalists, but said she has narrowed it to three Division I schools. Her two older sisters, Kayla and Kelsey, played at the Division II level.

“I haven’t been looking at any Division II schools to this point, but both my sisters played there and loved it,” Ruff said. “If it comes to that, I would definitely consider that option. Right now, though, I’m not there.”