Mom and boyfriend arrested after her 2-year-old daughter died from traumatic brain injury, “She regularly left the toddler by herself while she went out to buy or use drugs” 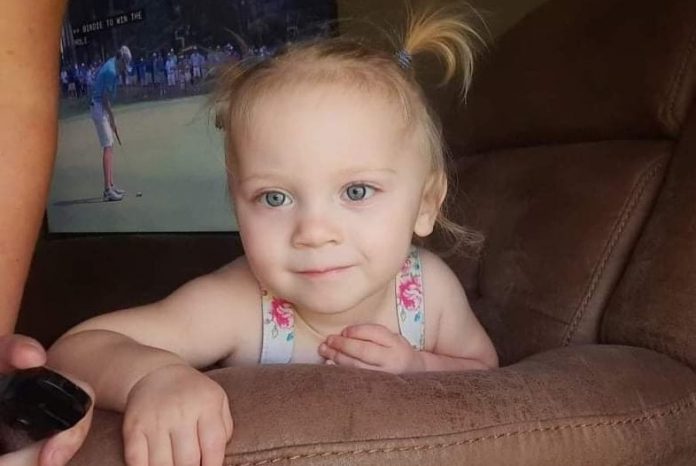 The 24-year-old mother and her boyfriend were arrested and taken into custody on Nov. 14. Both suspects are arrested after the woman’s 2-year-old daughter was killed. Prosecutors said the child suffered brain trauma. During an interview, the mother told investigators that she used meth in the bathroom before she woke up to feed her daughter. She also told investigators that she and her boyfriend regularly left the toddler by herself while they go out to purchase or use drugs.

The 24-year-old mother from Florida, Winter Robbins and her boyfriend, Andrew Vandergriff, are accused of killing 2-year-old Joy Saint, according to reports.

On Nov. 14, officers responded to to a 911 call about an unconscious child. The responding officers and EMS personnel found the 2-year-old girl unresponsive. They performed life-saving procedures and rushed the girl to a local hospital. The child was then air-lifted to the University of Florida Shands Cancer Hospital. Unfortunately, she was pronounced dead shortly after arriving at the hospital.

The mother told investigators that after she called 911, her boyfriend fled the scene. Officers arrested him later that day. The responding officers found multiple pipes for smoking methamphetamine, bongs, and meth residue in the mother’s apartment.

The 24-year-old mother was charged with child neglect, tampering with evidence and providing false information to police during an investigation. Right now, neither of the defendants are directly charged with killing Joy. But, prosecutors said that additional charges are possible as police said they are still investigating the case.

The victim’s family started a GoFundMe account to pay for the child’s funeral.