Mother-in-law ‘tries to poison’ bride at the wedding reception, then storms off when called out 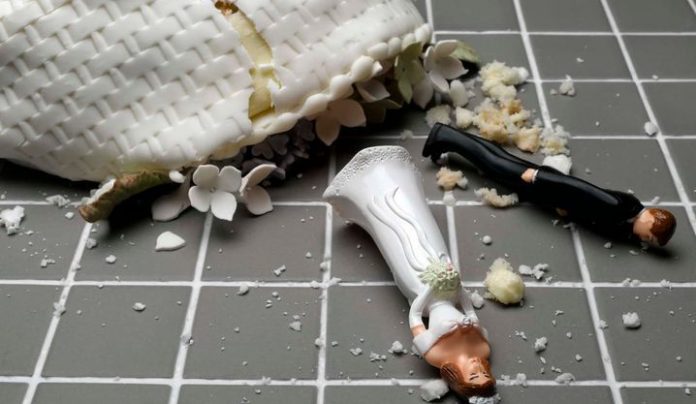 Drama becomes an everyday thing for wedding planners, so it really takes a new kind of crazy to throw them off. A wedding planner named Callie shared one incident that completely upped her definition of wedding drama to a whole new level. As she shared the incident on TikTok, Callie recalled how the groom’s mother tried to send the bride to the hospital by poisoning her with a cupcake she ordered.

On the day of the wedding, everything went smoothly and was “good to go” until the cocktail hour began. That’s when Callie saw a baker bringing out a set of cupcakes that were not part of the list. “It’s not on my paperwork,” Callie said. Even the venue’s event coordinator had no idea where the cupcakes came from.

“Oh, I ordered that!” the groom’s mother finally said. “I just wanted to make sure that everybody had enough dessert.” Although Callie thought it was out of the blue, she felt it was not unusual. So she rolled with it.

When it was time for the couple to cut the cake, Callie saw the mother-in-law jump in and try to force the bride to have one of the cupcakes she ordered. All hell broke loose when the groom noticed that the cupcake, which his mother brought close to the bride’s lips, was covered with a layer of coconut.

“The future mother-in-law tried to give a cupcake covered in coconut to the bride who was severely, deathly allergic to coconut,” Callie explained. “Thankfully the groom noticed and didn’t let her eat it. So what happened afterwards? At least 15 seconds of dead air, nobody in the room moved.”

“The groom is staring open-mouthed at his mum, the bride looks absolutely horrified and scared (I would be too) and the mother-of-the-groom, who literally just tried to poison her future daughter-in-law, doesn’t have a care in the world,” the wedding planner continued. “And then the s**t hits the fan, the groom loses his mind…”

Going red in the face, the groom throws the cupcake and begins screaming at his mother: “You are a terrible person, you have never been supportive of this relationship, this is a new low even for you, you could have sent her to the hospital, she literally could have gone into anaphylactic shock.”

He continues his rant until the mother finally interjects and says, “accidents happen every day dear.” After she put up the video on TikTok, Callie’s post went viral and received a flood of comments. “What in the monster in law?!” one person commented. “Oh she was absolutely trying to murder the bride…” wrote another, while another said, “That couple needs to change the locks on their home. And here is part 2 of the video.

Mother-in-law ‘tries to poison bride’ at her wedding and she could have died https://t.co/6Hg7cDiREr