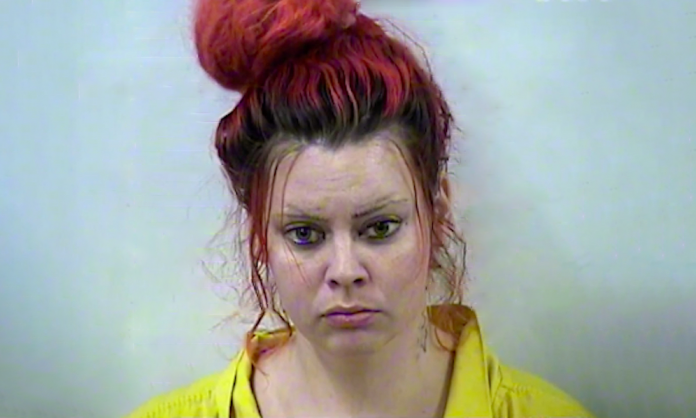 According to the statement, the 30-year-old mother is now facing a murder charge for killing her newborn son. The mom called police approximately a week before the baby’s death and told authorities that “she felt overwhelmed by parenthood and believed she was a danger to her children’s safety.” Unfortunately, the woman only briefly lost custody before the kids were returned to her care.

On Nov. 15, around 8:15 a.m., the 30-year-old mother from New Mexico, Kiria Lynn Milton, reported the death of her newborn son in her home. She told authorities that the child was cold to the touch.

The sheriff’s office said that when the deputies arrived on scene, they found an unresponsive 1-month-old baby boy who appeared to have suffered blunt force trauma. The Medical Examiner will perform an autopsy to determine the child’s cause of death.

The responding deputies also found a 4-year-old boy in the home. They contacted the state’s Children Youth and Families Department for assistance and the child was transported to The University of New Mexico Hospital where doctors performed a precautionary evaluation.

Authorities called the children’s father. He told investigators that he was out of the state on a business trip and immediately returned home. According to Sheriff Vigil, deputies responded to Milton’s home twice since the baby was born. During the most recent call, she told deputies that she needs help and was worried she might harm her children.

The 30-year-old mother was taken to a mental health specialist for an evaluation. The child’s father was deemed a safe person to be with the children by Children Youth and Families Department. The children were then placed in the father’s custody.

Unfortunately, at some point during the last week, the children were given back to Milton. “When it comes to children, that falls on the Children Youth and Families Department, it’s determination and recommendation.” Sheriff Vigil said.

The 30-year-old mother was charged with one count of open murder. This incident remains under investigation. This is a developing story and it will be updated as new information become available.