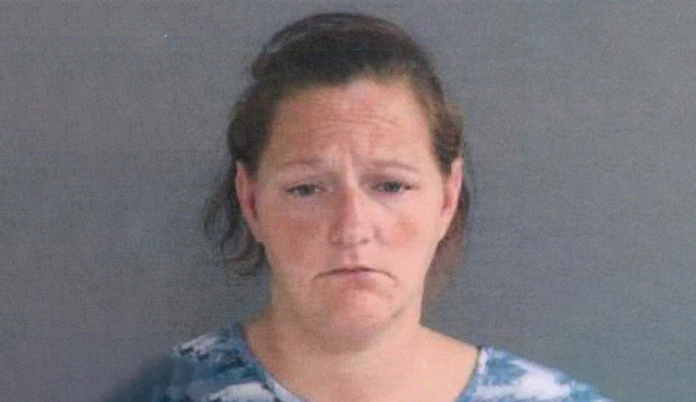 Prosecutors said the 35-year-old mother is now charged with first-degree manslaughter and risk of injury to a child after authorities say she killed her newborn son. The woman reportedly admitted smothering her 1-month-old baby for 20 minutes until he was dead.

The mom told authorities that she killed her newborn baby because the 1-month-old boy and his 5-year-old sibling were crying, and “she was stressed out about having a new and unwanted baby in the house.

The 35-year-old mother from Connecticut, Crystal Czyzewski, admitted smothering her 1-month-old baby after lies and deceptions, which were allegedly suggested by her own mother.

The 35-year-old woman called police right after 9 p.m. on Nov. 17 to report that her 1-month-old was all white and pale. According to reports, the woman said that the baby was barely breathing and stuff was coming from his nose.

The 1-month-old infant, who was born on Oct 1, was taken to a hospital. Prosecutors said the child was treated at that hospital but was flown to the Connecticut Children’s Medical Center overnight. The child did not have a heartbeat. Doctors were able to resuscitate the child, but he was not able to breathe on his own.

Prosecutors also said that the mother did not go to the hospital to visit the victim because “she had to care for her 5-year-old child.” Unfortunately, the 1-month-old baby died on Nov. 21.

According to the court documents, the 35-year-old mother initially said she put the victim in his swing and left with a friend to go for a walk. But, she later admitted this was a lie and admitted she was home for most of the day. She later said her mom had told her to lie to police.

The defendant admitted she was stressed out and hadn’t planned on having a child when she gave birth to the victim. She acknowledged that she was stressed due to life and and having two kids.

She then placed her hand over the blanket and the victim’s face for 20 minutes until her son was dead. The woman told investigators that when she removed her hand, she said the baby was no longer breathing and his body was lifeless.

Czyzewski is being held on $500,000 bond. Her next court appearance is scheduled for Dec. 13. This incident remains under investigation. This is a developing story and it will be updated as new information become available.