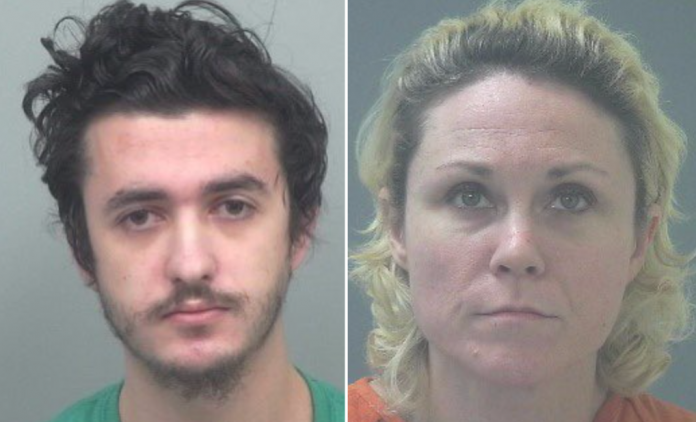 According to the police officials, the 43-year-old mother reportedly made her 12-year-old daughter fly from Texas to Georgia for a grown man to abuse her. Officers executed a search warrant at the suspect’s home and found large sums of cash and explicit photos of the victim.

The 43-year-old woman from Florida, Adrienne Klein, and 20-year-old Gesart Hoxha, were arrested on Tuesday, Dec. 14, according to reports. Both suspects are under arrest in connection to a child exploitation investigation that began in September.

Authorities in Georgia said their counterparts in Texas told them that Klein had her daughter travel to be with Hoxha.

Investigators said that Hoxha and Klein facilitated the transportation of Klein’s 12-year-old daughter across state lines from Texas to Georgia. Officers executed a search warrant at Hoxha’s home, according to reports.

The responding officers reportedly found large amount of money and explicit photos of the victim.

Prosecutors said that the 20-year-old man and the 12-year-old victim exchanged several messages online including the explicit photos.

The 43-year-old mother and Hoxha arranged travel for Klein’s 12-year old daughter by purchasing the flight for the child to fly from Texas to Georgia.

The 43-year-old mother is now charged with enticing a child for indecent purposes and cruelty to children in the second degree. She reportedly had her daughter fly to Georgia so the 20-year-old man can sexually abuse her.

The woman is facing extradition from Florida to Georgia, according to reports.

The 20-year-old man is charged with child molestation, statutory rape, enticing a child for indecent purposes, and use of a minor in sexually explicit conduct for visual medium.

He also faces a count of indecency with a child by sexual contact in Texas. This incident remains under investigation.