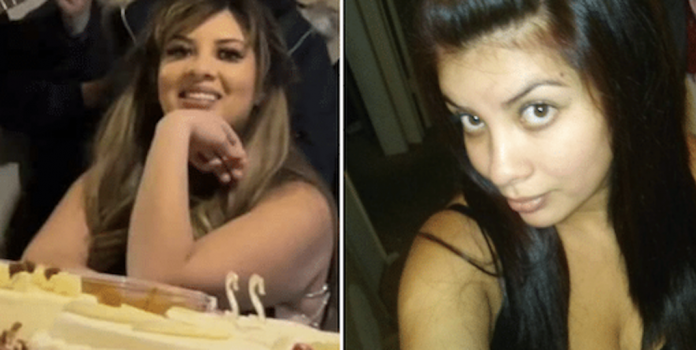 According to reports, the 29-year-old mother of five reportedly fell of a party bus and died while celebrating her 30th birthday. The mom was reportedly dancing on a party bus at about 3 a.m. Saturday when she fell and was struck by an oncoming vehicle.

The mother from California, Heather Garcia,who has five kids between the ages of 1 and 10, was pronounced dead at the scene, authorities said.

The woman, who was set to turn 30 on Monday, was reportedly partying with her friends and relatives, including her niece, who was also celebrating her birthday.

The 29-year-old mother is reportedly survived by her husband, Rafael Corral, and the couple’s five young children.

Her husband wrote in an GoFundMe Page:

‘What I thought would be a fun night out for her turned into a tragic ending for us. She had a huge heart, always lending a hand to anyone who needed it … She was my best friend, my rock, she kept it together for me and our kids.

I need help to give her the burial that she deserves as I was not prepared for a loss in such a tragic way. I am also left with so many other expenses and I will now be a mom and dad to our five children.”

The mother of five was also celebrating her niece’s birthday on Saturday before the night turned tragic, the grieving husband said.

“It’s just something that is a nightmare. You expect when you pay for a service so that you don’t drink and drive or do anything illegal … you get there, somebody takes you there safe, and you’re going to get back home safe because that’s what you paid for.”

According to the police officials, the driver of the vehicle that fatally struck the mother stayed on the scene to cooperate in the ongoing investigation. No charges in the incident had been announced.