Mother outraged after her 2-year-old daughter was locked alone inside a dark room at the daycare center; “She’s traumatized. Last night I couldn’t turn off the light.” 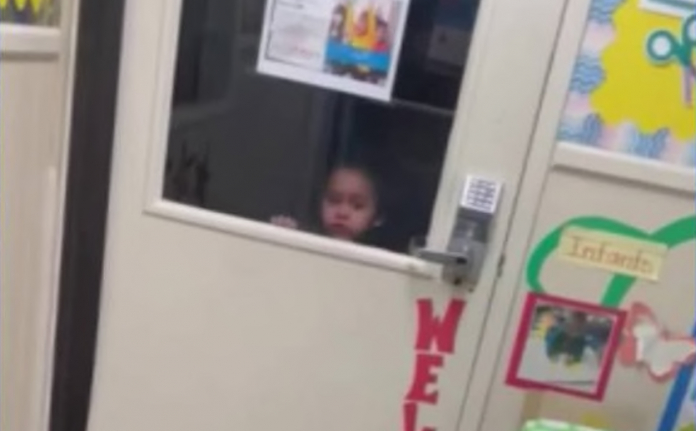 The mother claims her young daughter is traumatized after she was locked alone inside a dark daycare center. When the mom went to pick up her daughter Wednesday, the daycare was closed for the day and there were no cars in the parking lot.

So, the mother from Florida, Stephanie Martinez, called her friend Samantha, who is her daughter’s emergency contact.

Her friend told her that the 2-year-old girl is not with her and she should call the police.

The terrified mother then started banging on all the windows. Her daughter pushed a chair next to the door and started calling for her.

Stephanie Martinez reportedly said: “That was the only reason I was able to see her is because she’s shorter than the door. She got on the chair to say, ‘Mommy!’”

The mother then called the police and fire rescue responded to pry open the daycare’s doors and get the 2-year-old out.

Stephanie Martinez also said: “What if she fell off the table? What if, you know she used a chair to get by the door. She’s traumatized. Last night I couldn’t turn off the light. She started crying.”

Spokesperson for the daycare center told the mother the facility is short staffed, but she says that’s not an excuse.

The facility released the following statement:

“We also placed the staff members involved on administrative leave while we and our agency partners look into the concern further.