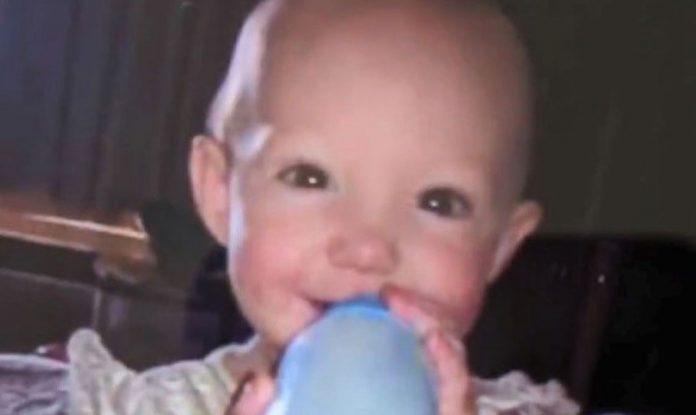 Police have confirmed that Mercedes, the missing 11-month-old who was last seen on Saturday in Indiana, has been found dead. According to reports, the 37-year-old man who was watching her at the time has been charged with neglect of a dependent resulting in death.

Court documents state that the 11-month-old’s parents, Tiffany Coburn and Kenneth Lain, dropped her off to spend the weekend with Justin Lee Miller, a family friend. He was supposed to drop her off on Sunday, but he did not.

She was reported missing on Sunday, which led to a Silver Alert being issued.

Miller was located the following day, but Mercedes was not with him.

After several days of questioning, Miller led investigators to a wooded area near Starke County. It was there that they found Mercedes’ body.

Prosecutor Chipman stated that investigators believe the little girl may have died Saturday.

During a news conference, officials stated there was no indication Mercedes’ parents knew what happened to their daughter when they reported her missing.

Officials also noted that drug use may have been involved.

During the investigation, Miller admitted to using synthetic marijuana. They also learned that Lain contacted Miller several days earlier about buying marijuana. The two also discussed how difficult it was to parent a young child.

Court documents stated that Mercedes father was “under the influence of an unknown substance” when police finally located him.

Mercedes’ parents are also being charged with neglect of a dependent for letting Miller watch her.

Additional charges could be added after an autopsy is completed.