“People should be held accountable for devaluing Black and brown lives”, Black couple sue real estate firm after their home went up in value by $487,000 when they had a white friend pose as its owner 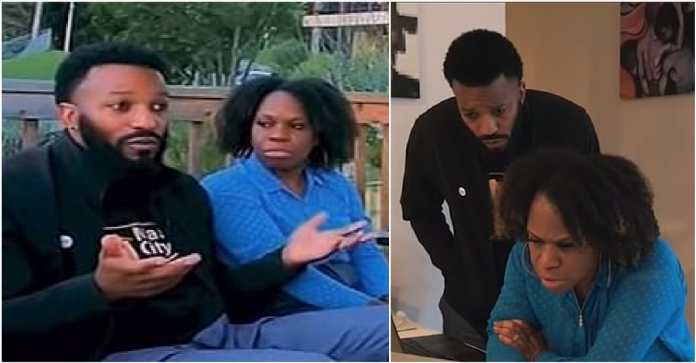 According to reports, a black couple from California are now suing a real estate firm after their home went up in value by 50 per cent when they had a white friend pose as its owner. “Hopefully, at the highest level we can start seeing systemic change and people being held accountable for devaluing Black and brown lives, because that’s essentially what they did to us.” the 45-year-old man reportedly said.

The 45-year-old Paul Austin and 42-year-old Tenisha Tate-Austin had their home valued at $995,000 in January. They’ve purchased it for $550,000 back in 2016. But, after a second appraisal from a different lender the following month, they were shocked to find the home’s value increased by a further $487,000.

The new appraisal for their home was more than $1,482,000 and nearly half a million dollars higher than the previous estimate, the couple said.

The couple from California have filed a fair housing lawsuit against the Miller and Perotti Real Estate Appraisers, Inc. and national appraisal company AMC Links, LLC in the $487,500 discrepancy over the two valuations they received.

According to reports, AMC were tasked with handling the couple’s valuation and were also behind the second valuation which saw a dramatic increase in price, the lawsuit says. The Fair Housing Advocates of Northern California filed the suit in U.S. District Court on Dec. 3.

The Austins are seeking financial damages and asked the court to permanently ensure that the defendants won’t engage in discriminatory housing practices directly or through others, the lawsuit says.

According to reports, the legal complaint reads.

“As a result of the unlawful housing practices of defendants as alleged herein, plaintiffs Tenisha Tate-Austin and Paul Austin suffered damages, including loss of financing opportunity in connection with their dwelling, economic losses, emotional distress with attendant physical injuries, and violation of their civil rights. Defendants’ discriminatory housing practices result in lower property values in the area generally, to the detriment of plaintiffs.”

Back in January, they said that the estate agent was an older white woman. After the couple received a low bid for their home, they complained until they were finally approved for a second appraisal.

But, ladies and gentlemen, this time they decided to run an experiment to see if their suspicions were right and got a white friend to pose as the owner. The couple reportedly hid their photographs and replaced them with their friend’s photos.

“We had a conversation with one of our white friends, and she said. ‘No problem. I’ll be Tenisha. I’ll bring over some pictures of my family’. She made our home look like it belonged to her. There are implications to our ability to create generational wealth or passing things on if our houses appraise for 50% less.”

Tenisha and Paul reportedly carried out $400,000 of significant renovations, including a brand new floor, a fireplace, new appliances and an outdoor deck. Unfortunately, when it came to listing the property they found it had increased in the home’s value by just 10 per cent.

The couple are alleging racial bias and are seeking a jury trial and financial damages. They also said that they believe the white lady wanted to devalue our property because we are in a black neighborhood and the home belonged to a black family.

The couple’s attorney, Julia Howard-Gibbon, reportedly said: “There are definitely things about this complaint that are uniquely strong. They erased themselves from the home, essentially. Few of these cases happen, but this has been going on for years. Appraisers seem to think they need to stick to the composition of neighborhoods.”

Howard-Gibbon also thinks that the appraiser was solely influenced by who owned the house and the minority representation in the unincorporated area of the county.

“Hopefully, at the highest level we can start seeing systemic change and people being held accountable for devaluing Black and brown lives, because that’s essentially what they did to us,” Paul Austin said.