“Show me pictures… so I can rape your 12-year-old daughter” says man to parent online, adds, “Age is just a number” 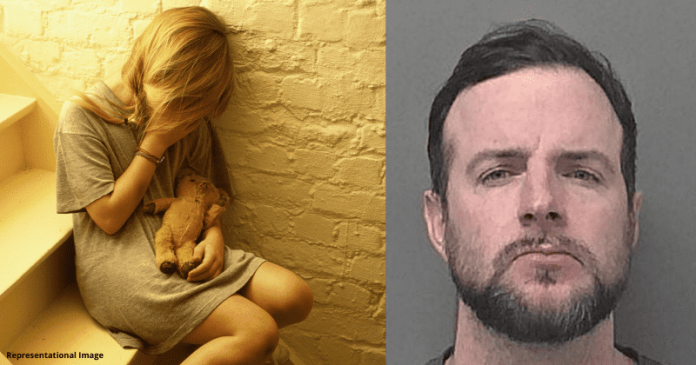 “The younger the better… age is just a number,” a sick pedophile would say while talking about his perverted fantasies with underage girls. Using the name “Wammy” online, Michael W. would scour the internet and prey on young girls, trying to groom them online and get them to comply with his sexual requests. In one instance, he had even sent messages directly to a parent of a 12-year-old girl, asking for the child’s photos. “My dark fantasy is a young girl. Show me pictures of your 12-year-old daughter so I can rape your 12-year-old daughter,” said one of the messages that Wem sent to the parent.

It was also reported that Wem, from Pocklington, UK, began sending messages to an account that he thought belonged to a 12-year-old girl in April, 2019. However, behind the facade of the 12-year-old girl’s account was a volunteer who was looking for pedophiles like Wem and working to catch them red-handed.

“On April 20 the decoy received a message from him and an exchange took place,” prosecutor Craig Lowe said in court. “He asked her if she had any pictures. He sent two of himself and the decoy sent one back of her. He then sent a bare-chested image and told her he slept naked. He asked if she had had sex before and if she had a good body. He sent another picture and said she was very hot and sexy and asked if she would meet up with him.”

“He said he would take her in his car and she asked if it was right for an adult man to kiss a 12-year-old. He said, ‘If you want to.'”

As he spoke to the person he thought was a 12-year-old girl, Wem asked to keep their messages a secret and also spoke about wanting “someone younger.” Statements like “the younger the better” and “age is just a number” were also received by the decoy. In addition to this, Wem had also shared two videos of him pleasuring himself to the fake 12-year-old girl’s account.

While hunting for potential young victims, Wem also began chatting with another 12-year-old girl’s account, but this too belonged to a decoy who was out to catch pedophiles online. Soon after Wem had fallen for the decoys, he was arrested and investigators searched his phone to discover indecent images, along with the deplorable messages he had sent to the parent about his “dark fantasy.”

In the past, Wem has pleaded guilty to several charges including attempt to engage with sexual communication with a child and make indecent photograph/pseudo photograph of a child, along with other charges.

On Monday, March 8, the court heard about Wem’s messages to the decoy accounts and the judge said that even though in this particular case, real children were not involved, it doesn’t negate the intentions the man had.

“The fact the intended victim did not exist does not subtract from your intended harm, which was substantial,” said Judge John Thackray QC who jailed him for two years. “You believed you were communicating with a 12-year-old girl. This was aggravated by your possession of the images.”